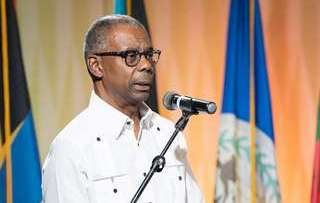 The main opposition, the United Progressive Party said they have put together several strategies to help residents to become more financially resilient.

In a statement to the media on Thursday morning, the UPP again, poured cold water on the government’s latest amnesty which offers electricity subscribers who are in arrears since December 31, 2021, two years after the UPP recommended a 50% write-off of arrears in our March 2020 COVID-19 relief plan.

They claimed further that the ABLP’s delay in implementing both amnesty and more wide-reaching relief, caused the very problem they are now trying to fix, and further, those people who are not currently disconnected are experiencing financial hardship, without meaningful relief from the ABLP administration.

“At this time, the UPP believes that lowering electricity rates is the most effective way to ensure that all subscribers can better manage their finances and avoid accumulating huge arrears, “ the statement said.

So, the UPP said if it were to form the next government, it will immediately reduce the fuel variation charge and mandate that the charge is reduced whenever world market oil prices drop.

Political Leader of the UPP Harold Lovell said “the UPP will bring relief to all citizens and residents of Antigua and Barbuda. When subscribers can manage their bills and avoid accumulating debt, they can better direct their budgets to address the priorities that will improve their quality of life,”.

Further, the Party believes that subscribers who play by the rules and sacrifice to pay their bills should be incentivized to continue practicing prudent financial planning and discipline.

This announcement is in line with the UPP’s comprehensive cost of living adjustment plan, which includes:

Addressing what they said is the ABLP Administration’s failure to provide wide-reaching relief for the benefit of many, the UPP Political Leader stated, “After collecting $11 billion in total revenue, including over $2 billion from the CIP, and after enjoying, on average, $300 million more than the UPP per year, the ABLP should have been in a good financial position to offer a stimulus or relief”

Adding, “the ABLP has offered naught for our comfort, even though Dominica, Grenada, Barbados, St. Lucia, and St. Kitts have implemented several of the very measures that the UPP recommended. This includes stabilizing the price of fuel, lowering the fuel-variation charge on electricity, and intervening at Customs to remove or reduce taxes on common food items.”