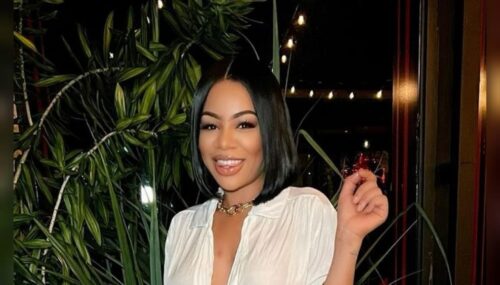 A media personality and popular social influencer have been killed in Jamaica.

The woman who the police identified as Aneka Townsend or Kayan was found at a beach in St James. The police were called to the scene by residents who spotted the body floating in the water shortly after 9 am.

The body was subsequently fished from the water by members of the Marine police.

The body was reportedly identified by a relative on Saturday.

Meanwhile, Jamaican lawmen have police identified a person of interest in their investigations. They have since issued a bulletin asking a man named Rushane Patterson to hand over himself to the police station.

“We have Rushane Patterson of Prosper, Hanover as a person of interest in this investigation and we are asking him to turn himself into the police by 5:00 pm,” the police said.

The police said a series of operations have been conducted in a neighboring parish and a vehicle was recovered.

Additionally, the high command is asking anyone who believes that they have information that can assist the investigation to call the police emergency 119, the JCF tip line at 811, or Crime Stop at 311.