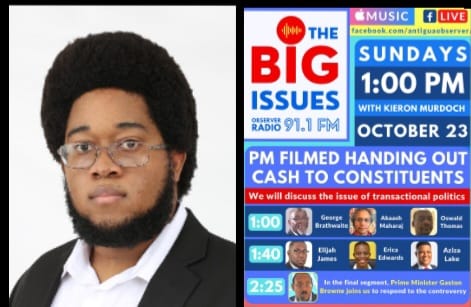 Murdoch posted on social media last night that “I have resigned from my position as host and producer of the Big Issues. I thank Observer for the opportunities it has afforded me over the years”

Murdoch’s resignation came just hours after he posted the lineup of his show on social media.

Murdoch said in a message to his guest that “the station leadership resolved to cancel the interview which I had booked with the PM, and to announce this evening that it had been canceled. I was unprepared to continue in the circumstances. Unfortunately this leaves you in a bit of a quandary as to what will take place tomorrow”

He wrote, “for this, I do sincerely apologize. I have left Observer with the script of tomorrow’s show mostly prepared, as well as all guest contact information.  I imagine they will nominate someone to reach out to you directly. I will not be hosting tomorrow, however, as I am no longer an employee”.