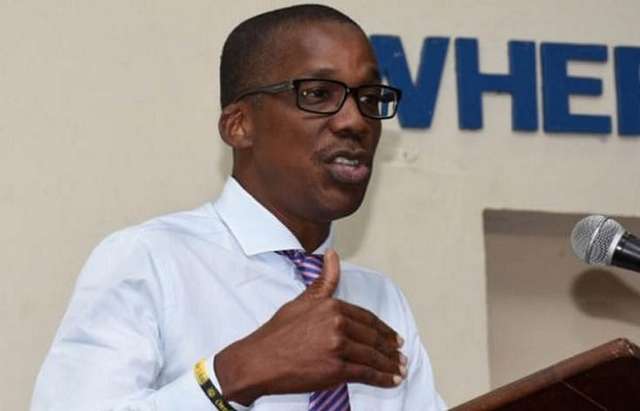 Murdoch tendered his resignation on Saturday night after he was reportedly asked to pull the last segment of his Sunday program. The final leg of the popular show was an interview with Prime Minister Browne about his cash handouts.

But Wickham told an interview with Antigua. news that most people would have been happy to hear PM Browne on the show, “and I believe the position Observer has taken of hostility is most unfortunate although not surprising bearing in mind the organization is lead by a political adversary”

Furthermore, Wickham said no journalist should be pushed to resign because of situations like these.

“I believe that regardless of who owns the station, journalists have the right to operate with a certain level of independence. Unfortunately, he had to walk away from this,” Wickham said.

Based on past interviews and interactions, Wickham said not only is Murdoch competent but also very professional, not one to have taken political sides.

“He has handled that program and he has navigated some very tempestuous waters and has not taken political sides and I believe that is commendable,” Wickham said.

Adding, “I have every respect professionally for Murdoch. I believe he is an outstanding journalist, he has interviewed me on several occasions and I have no reason to believe that he has had a view one way or the other. I think his effort to seek balance in this matter is commendable. Sadly it hasn’t worked out…I think the stance he has taken on this occasion to walk away as distinct from allowing his interview to be altered is commendable,” Wickham added.

Meanwhile, Wickham believes that the voice of the prime minister would be critical, especially on the matter of cash handouts.

The matter however may not move the political needle one way or the other according to the regional pollster but he says it places Observer on the “back foot”.

“The public of Antigua and Barbuda understands the challenge of Observer. They also understand the political challenge that the ABLP faces. I think they expect there to be some level of hostility and I don’t know that they are surprised when they see this. I don’t know that it has hampered the prime minister in one way or the other. I think the fact that he was willing to go and speak to Murdoch would have been a good thing for him and people would have seen that in a good light but the fact that it hasn’t happened has put Observer on the backfoot,” Wickham added.

As far as the broader journalistic community is concerned, Wickham said reporters at Observer know that they are “walking on eggshells”.

“There are journalists at Observer that you may have assumptions about their political allegiance. Some are viewed in different ways and the people who work there understand the politically charged environment in which they work. I would say that most of them tread cautiously anyhow. Some journalists who work at OBSERVER would probably not have attempted to schedule an interview like that in the first place and I think that’s rather unfortunate…” he said

Educator Cleon Athill, also added her voice to the debate, saying that she saw no harm in “Keiron hauling the prime minister before for the public to give account”

She said “I trust Keiron’s intellect, political savvy, integrity, professionalism, and non-partisan stance to conduct the interview in a way that will move us along a path towards better conduct in governance and government,”.

Athill who has appeared on the Big Issues program several times says the resignation of Murdoch is a loss to Observer and democracy in Antigua and Barbuda.