“No bad blood between Observer and Murdoch”…Watts 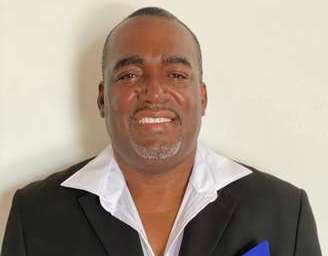 One of the owners of Observer/NEWSCO Ltd is rubbishing claims by some members of the public that there is “bad blood” between the company and former Big Issues host and producer Keiron Murdoch.

Murdoch, the son of Colin Murdoch, Antigua and Barbuda’s permanent representative to the UN World Trade Organization (WTO) in Geneva threw in the towel hours before his Sunday morning program.

He said he was leaving the position after the management of the popular radio station asked him to pull the last segment of the BIG ISSUES; the part that was set aside to interview Prime Minister Gaston Browne on his recent cash handouts to the public.

But Algernon ‘Serpent’ Watts said to his media house on Monday that he respects Murdoch and has nothing but that for the young aspiring journalist.

“However, like I said I wish Kieron nothing but the best. He started here, he grew here, and I love the dude. Big up to Kieron; he is going places. I have nothing negative to say about Kieron,” Watts said

Following the resignation of Murdoch, residents; mainly those who support the United Progressive Party were very critical of the journalist on social media.

Watts, in Murdoch’s defense, called for the bashing to end.

Also, when the news broke, Prime Minister Gaston Browne and several other Antigua and Barbuda Labour Party supporters accused the management of Observer of operating like dictators, a claim Watts has denied.

He told his radio station that while he has taken a “hands-off” approach, especially where his newsroom is concerned, he had to decide on this matter differently because of the concerns of his Board of Directors.

Watts is quoted in the Daily Observer says saying that while he is all for democracy and giving people a voice, he still has all right as a member of management in a private media entity to make any policy decisions that he deems necessary, and nobody can tell him what to do, as he would have sacrificed a lot to keep this media house on the air, despite the attacks and attempts from Gaston Browne and his minions every day to see its demise.

“In my opinion, the election bell has been rung, and as they call us a UPP-affiliated station, well, it’s not a UPP-affiliated station, because it is an independent station. It is owned in part by a candidate for the UPP, a candidate on the UPP’s ticket. This candidate has decided, now, that nobody will use this station to keep me out of office, and for anybody who has an issue with that, my door is open to accept more resignations. I have never interfered in any program, but you are going to tell me that I don’t have the right?” Watts questioned.

Watts is the UPP’s candidate for St George in the upcoming general elections constitutionally due in 2023.