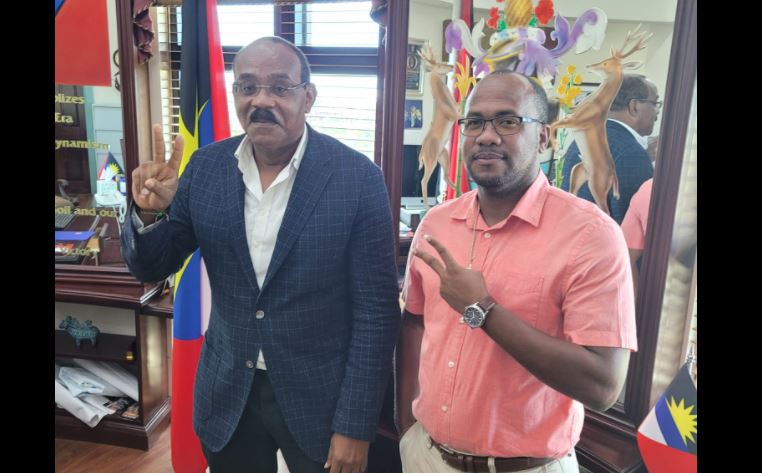 Prime Minister Gaston Browne says the Antigua and Barbuda Labour Party had hired the services of the Caribbean Development Research Services or CADRES, to conduct a scientific poll in the St Peter constituency and the results show a resounding win for its candidate Rawdon Turner.

Turner is replacing long-serving member Asot Micheal, who fell out of favor with the ABLP and especially its leadership. Micheal is however contending that decision in court.

Browne said over the weekend, that the poll was conducted just over a week ago and all indications were that the ABLP is still and will remain a stronghold in that constituency.

“Asot fabricated a poll. He called one of my ministerial colleagues and told him UPP is losing but ABLP has a few marginal seats and in my case, I am winning I am getting 70% of the votes. You know this is a lie. From the time we announced Rawdon Turner as a candidate, we have seen a significant improvement,” Browne said.

“So when he comes to St Peter and he is going to win 70% of the vote…don’t let him fool you. It is nonsense and I am saying we have empirical evidence that Asot cannot win the seat. What are the probabilities of an independent candidate getting 70% of the votes and the two major parties can only get 20% of the vote” Browne added.

But what happened between Asot Micheal and Gaston Browne; who once shared such warm comradery?

Wel…, In 2018, Michael was forced to resign from Cabinet when shocking allegations emerged that he had been recorded by foreign law enforcement in 2016 discussing a bribe to be paid to him by British investor Peter Virdee.

At first, Browne entertained the idea of Michael’s return to Cabinet, but relations between the two soured between 2019 and 2020, whereafter Browne became openly intent on keeping Michael out of his Cabinet and off the party slate.

Browne has been repeatedly criticized for only taking such a stance in 2020, even though serious allegations of corruption have dogged Michael for more than two decades now.

Despite all this, Michael made clear his intention to run as an independent most recently but many have said that without the support of the ABLP behind him, and with Rawdon Turner likely to take a significant portion of traditional Labour votes, the four-way race in St Peter between Michael, Turner, Trevaughn Harriette, and Chaneil Imhoff is likely to be the most watched in all the 17 constituencies.