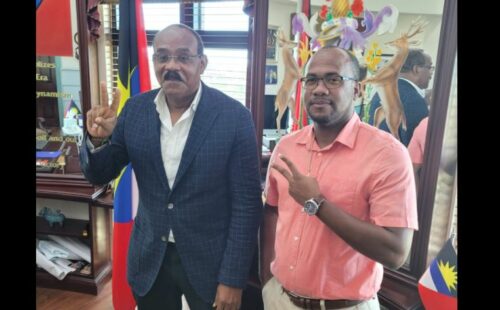 Rawdon Turner, the man who will contest the St Peter constituency on an ABLP ticket says the first order of business “when” he succeeds at the polls is to address infrastructural issues there.

Turner replaces long-time MP Asot Micheal who has been at odds with the Leader of the ABLP Prime Minister Gaston Browne.

He told an interview on Pointe FM on Saturday that there has been a history of neglect in St Peter.

Although Turner will be contesting against a political bigwig, who has held on to that seat for several terms, he is confident that he will win St Peter

“I’m confident cause I’ve been on the ground. I’ve been sitting in the living rooms, standing in the kitchens, I have been having discussions with the constituents, and they are ready to put their support 100 percent behind me. that’s why I’m confident. So, looking in, you might think that Turner doesn’t have a chance, but the word on the ground, [is] Turner winning significantly.”

Turners assumption was backed up by Pollster Peter Wickham who said that he confirmed a poll in St Peter recently and Turner is clearly in the lead.

And Prime Minister Gaston Browne told our newsroom on Sunday night that the last Cadres polls conducted a weeks ago, confirmed that Turner is leading and that Asot Michael has less than 15 percent of the support.

Browne says one of the factors working in Turner’s favor is that the United Progressive Party candidate in that constituency is “weak”.