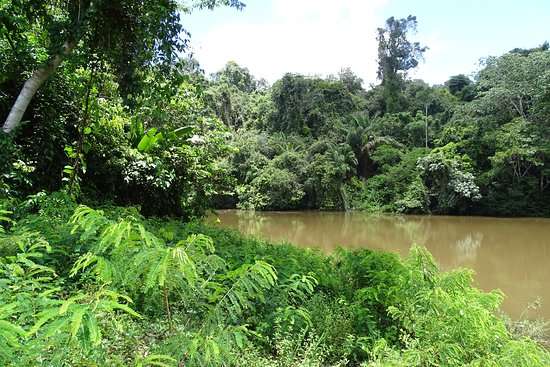 Successive governments have over the years made attempts to legalize the route because of the high level of illegality along this route, including the smuggling of goods, drugs, and weapons as well as illegal traffic of persons.

Following this recent decision to make it legal, government agencies including Immigration Service, Police, and Customs will be stationed at the designated border crossing point.

“The illegal cross-border activities that took place on the ‘Back Track’ route in Nickerie are now a thing of the past. There will now be orderly border traffic for the benefit of Suriname and Guyana,” President Chandrikapersad Santokhi said on Friday during his visit to Nickerie.

He contends that the route, which connects the two countries, will have significant benefits for both countries, especially in the tourism sector in the case of Suriname.

President Santokhi urged the boat operators to follow the directives given to them by the authorities stationed at the location.

“We are convinced that this backtrack meets an enormous need. But as a government, it remains our job and responsibility to ensure that things are done safely and following legal regulations,” said the head of state.