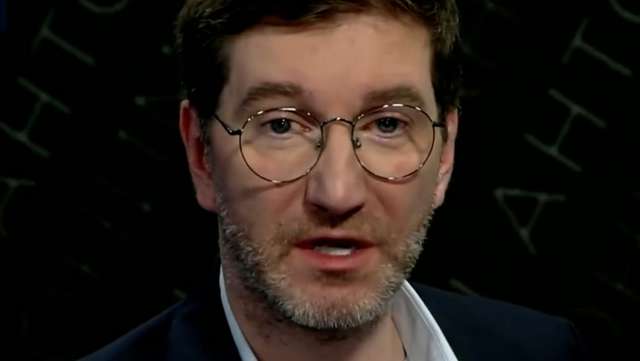 Anton Krasovsky, a Russian presenter, has been suspended following his calls to drown Ukrainian children that criticize Russia’s invasion of Ukraine.

Krasovsky, 47, who works for RT, a pro-Kremlin station, was mimicking how he would grab the neck of Ukrainian children and drown them in a river.

“Just drown those children, drown them in the Tysa. You throw them in the river with a strong undercurrent,” Krasovsky said in a live broadcast on Sunday.

In a rare rebuke, Margarita Simonyan, the editor-in-chief of the channel, described Kyrasovsky’s comments as “wild and disgusting.” She distanced herself and the channel from the remarks and announced they would stop collaborating with Mr. Krasovsky.

“For now, I’m stopping our collaboration, as neither I nor the rest of the RT team can afford to even think that any of us are capable of sharing such wild ideas,” Margarita Simonyan said on Monday.

She added that it was hard to believe that Krasovsky meant that children should be drowned.

Anton Krasovsky had earlier apologized for his statement, saying he was really embarrassed by the utterances.

“Well, it happens: you’re on air, you get carried away. And you can’t stop. I ask for the forgiveness of everyone who was stunned by this,” he said.

Simonyan criticized for disassociating herself from Krasovsky and associating with Putin

The editor-in-chief of the RT channel, Margarita Simonyan, has been criticized for condemning Krasovsky’s statement while still associating with Putin.

Like Mikhail Khodorkovsky, many believe that Krasovsky’s statement was the tip of the iceberg, as many supporters of Putin make unguarded hate speeches about Ukrainians but remain unsanctioned.

Krasovsky’s statement, the call for a genocide

The Ukrainian foreign minister, Dmytro Kuleba, described Krasovsky’s remarks as a genocide-inciting statement and called on other countries to ban RT.

“Governments that still have not banned RT must watch this excerpt. This is what you side with if you allow RT to operate in your country. Aggressive genocide incitement,” Dmytro Kuleba, Ukraine’s foreign minister, said.

The pro-Russian channel has been banned in the EU and the UK.