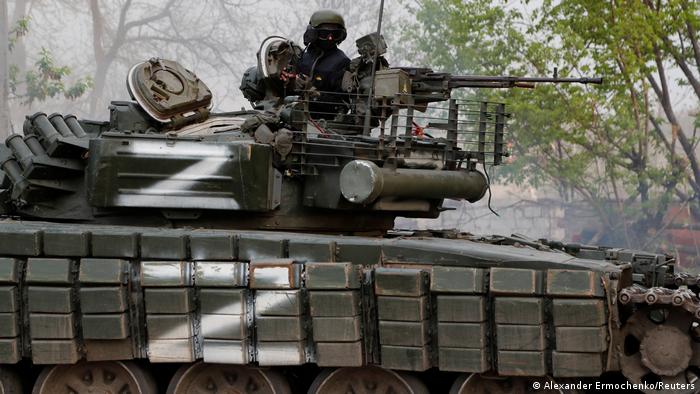 Since the Russian army invaded Ukraine in February, it has been taking over Ukrainian cities one after the other. The successes recorded by the Kremlin have raised fears because no one could tell at what point they would stop. However, in a surprising twist of events, the Ukrainian army has suddenly become the most powerful of the two sides and has begun the process of retaking occupied cities.

“As a result of a successful counterattack of our troops in the Kharkiv direction, Russian troops are hotly leaving their positions and fleeing with the looted deep into the temporarily occupied territories or into the territory of the Russian Federation,” the Ukrainian armed forces said on Sunday.

“In particular, it was reported that about 150 soldiers of the Russian Federation armed forces left in a column from Borscheva and Artemivka Kharkiv region on two buses, one truck, and 19 stolen cars,” the statement added.

In the last few days, the Ukrainian government says it recaptured over 1,160 sq miles (3,000 sq km) of its territory previously occupied by Russian forces. The recent successes recorded by Kyiv have boosted the morale of its soldiers and caused mixed feelings among the residents of the previously occupied territories.

Regional Governor of the Kharkiv region, Oley Syniehubov, said the Ukrainian soldiers had pushed the Russians to the border in some areas.

“In some areas of the front, our defenders reached the state border with the Russian Federation,” Oley said.

Videos shared on social media showed Ukrainian soldiers replacing Russian flags with flags of Ukraine. One footage showed a soldier using a Russian flag to clean his shoes while troops were seen inspecting abandoned Russian tanks and other military equipment.

Russian troops ordered out of Kharkiv?

The speed of Russian forces’ withdrawal from Kharkiv has raised suspicion that the troops might have been ordered out of the region. The latest intelligence report by the UK Ministry of Defence said that although there is isolated resistance in the regions, the Russian forces might have just received superior orders to flee from the area.

“In the face of Ukrainian advances, Russia has likely ordered the withdrawal of its troops from the entirety of occupied Kharkiv Oblast west of the Oskil River,” the statement on Twitter reads. “Isolated pockets of resistance remain in this sector, but since Wednesday, Ukraine has recaptured territory at least twice the size of Greater London.”

The MOD statement added that the Russian forces could be struggling to match the number of Ukrainian troops across the Dnipro River and the “Ukrainian long-range artillery is now probably hitting crossings of the Dnipro so frequently that Russia cannot carry out repairs to damaged road bridges.”

“The already limited trust deployed troops have in Russia’s senior military leadership is likely to deteriorate further,” the statement added.

Residents in the reclaimed territories confirmed that the Russian forces did not leave in peace, which indicates that all might not be well.

“The Russians were here in the morning. Then at noon, they suddenly started shouting wildly and began to run away, charging off in tanks and armored vehicles,” Dmytro Hrushchenko, a resident of one of the liberated communities in Eastern Ukraine, told Sky News.

The mood in Kharkiv, previously under the control of the Russian forces, changed after the Ukrainian troops replaced the Russian flags with Ukraine’s.

Mayor of Kharkiv, Ihor Terekhov, described the troops as heroes for reclaiming the territory.

“Thanks to everyone who did everything possible on this most difficult night for Kharkiv to normalize the life of the city as soon as possible,” he said.

Russian general sacked after 16 days on the job

The war in Ukraine has caused the job of some top Russian military personnel. In the most recent development, the Ukrainian military said another top Russian general was sacked after spending 16 days as commander of the Western Group of the Armed Forces.

Lieutenant General Roman Berdnikov was sacked and will be replaced by Colonel General Oleksandr Lapin, a Telegram post by the Ukrainian Defense Ministry said.

“After a series of defeats by the Ukrainian Defence Forces, the command of the Western Group of the Armed Forces of the Russian Federation has been changed once again,” the statement reads.

There are indications that there is a lack of trust among the troops on the frontline and the commanders of the military operation in Ukraine.

Although the claim by the Ukrainian military has not been verified, it is difficult to contradict it based on the recent happenings in Ukraine.

The retreat by the Russian forces could be more than a regrouping. A US official confirmed that the troops are returning to Russia, “which could be indicative of Russia’s disorganized command and control.”

“On the ground in the vicinity of Kharkiv, we assess that Russian forces have largely ceded their gains to the Ukrainians and have withdrawn to the north and east. Many of these forces have moved over the border into Russia,” the anonymous military official told Reuters.

After days of not commenting on the sudden twist of events in Ukraine, the Russian government finally had something to say. The defense ministry admitted on Saturday it had abandoned formerly occupied territories but said it was a deliberate act so that the soldiers could regroup.

“The special military operation continues. And it will continue until the goals that were originally set are achieved,” Mr. Peskov, spokesperson of the Kremlin, said.

When asked if Putin had confidence in the country’s military leadership, Mr. Peskov somehow managed to dodge the question.

Despite the challenges facing the troops in Ukraine, Russian President Vladimir Putin held an economic meeting yesterday, saying the western sanctions did not adversely affect the country’s economy.

However, there are indications that even supporters of the President are no longer happy with him over the mistakes that had happened in Ukraine. The gradual uprising against Putin is not because he started a war in Ukraine. However, it is because Russia could be losing a war that looks like its own.