Russian troops to withdraw from the Ukrainian city of Kherson 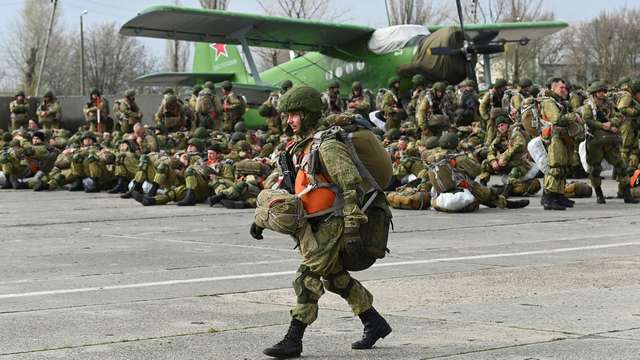 The Russian army has said it would withdraw its troops from the Ukrainian city of Kherson, which has been under Russia’s control since the start of the war in Ukraine.

Following the advancement of the Ukrainian army towards the city, General Sergei Surovikin, who is in charge of the so-called special military operation, said the Russian army could no longer maintain the defence line in the city if it wants to keep the soldiers alive.

“Having comprehensively assessed the current situation, it is proposed to take up the defence along the eastern bank of the Dnieper River,” General Surovikin said on TV.

“I understand that this is a very difficult decision, but at the same time, we will preserve the most important thing – the lives of our servicemen and, in general, the combat effectiveness of the group of troops, which it is futile to keep on the right bank in a limited area,” he added.

Although President Putin was not present at the time of the announcement, the Russian leader is likely to have given his nod to the decision. The decision appears to be unanimous after the Russian Minister of Defence Sergei Shoigu said: “I agree with your conclusions and proposals. Proceed with the withdrawal of troops and take all measures to transfer forces across the river.”

A challenging but right decision

Without being told, it is obvious that the decision by the Russian army is not an easy one. Russians, including those in support of the war, have admitted that General Sergei Surovikin’s decision to withdraw troops from the city required courage.

“The decision taken by Surovikin is not easy, but he acted like a man who is not afraid of responsibility. He did it in an organised manner, without fear, taking upon himself the full weight of the decision-making,” Yevgeny Prigozhin, founder of the Wagner mercenary group and an ally of Putin, said.

He said it was time for Russia to draw conclusions and work on mistakes.

Another ally of the Russian president and leader of the Chechen, Ramzan Kadyrov, said Surovikin acted like a real military general that is not afraid of criticism.

“[He] made the difficult but right choice between senseless sacrifices for the sake of loud statements and saving the priceless lives of soldiers,” Mr Kadyrov added.

The pain of the withdrawal was also felt by the Russian civilian population that supports the war in Ukraine. Russian influential war blogger, the War Gonzo blog, wrote: “Apparently we will leave the city, no matter how painful it is to write about it now. In simple terms, Kherson can’t be held with bare hands.”

“Yes, this is a black page in the history of the Russian army. Of the Russian state. A tragic page,” the blog added.

While the news of the proposed withdrawal has excited most Ukrainians, the government of Ukraine think it is a trap, and its soldiers will not take “unnecessary risk” simply because the Russians announced a withdrawal.

“The enemy does not give us gifts, does not make ‘goodwill gestures’, we win it all,” President Zelensky said in his nightly address. “Therefore, we are moving very carefully, without emotions, without unnecessary risk, in the interests of liberating all our land and so that the losses are as small as possible.”

In an earlier tweet, Ukrainian presidential adviser Mykhailo Podolyak said Kyiv needed action before it could believe the words from the Russians.

“Actions speak louder than words. We see no signs that Russia is leaving Kherson without a fight,” Podolyak said, adding that Ukraine had intelligence that Moscow was sending additional troops to the city.

“ [Ukraine] is liberating territories based on intelligence data, not staged TV statements,” he added.

It is unlike Russia to announce the withdrawal of troops the way it did on Wednesday. That has caused many to wonder if the proposed withdrawal was genuine or if it was just another military strategy. Only time will tell.

Whether the said withdrawal of troops is genuine or not, the Russian soldiers might be too exhausted for the war in Ukraine. Many believe if things should continue the way they are at the moment, Russia might not be able to avoid the embarrassment that will come with being defeated by Ukraine.

Apart from the soldiers losing their morale, another challenge facing the Russian army is the limited arms supply available to it. Moscow is said to have run short of arms supplies owing to a lack of support from other countries.

With arms running low and the low morale of the soldiers, many believe Russia is trying to find a way out of the war, but it is now more difficult than ever since Ukraine is no longer ready for talks.