St Lucian guilty of stolen identity sentenced in the US 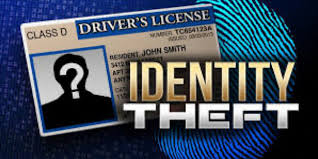 A citizen of St Lucia was sentenced by a US Judge, in a case of stolen identity.

According to reports Adrian Joseph, 55, a citizen of St. Lucia last residing in Bridgeport, was sentenced to nine months of imprisonment, time already served, for offenses related to his acquiring federal documents under an assumed identity.

According to court documents and statements made in court, Joseph has been living in Bridgeport under an assumed identity for approximately 20 years.

Using his stolen identity, Joseph has obtained from various governmental agencies multiple identity documents, including a U.S. passport, a Social Security Account Number card, a City of Bridgeport voting registration card, and a Connecticut driver’s license from the Connecticut Department of Motor Vehicles

During the investigation, the individual whose identity Joseph used informed the government that his identity documents were stolen in the late 1990s.

On August 2, 2022, Joseph pleaded guilty to one count of use of a passport secured by a false statement, and one count of false representation of a social security account number, which carries a maximum term of imprisonment of five years.