Antigua Airways to touch down on Independence Day 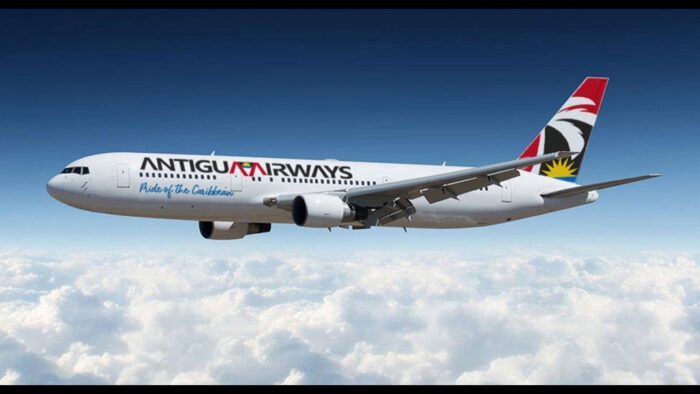 On Tuesday next week, the first historic flight between Antigua and Barbuda and West Africa will touch down at the VC Bird International Airport.

The flight will coincide with the country’s 42nd Anniversary of Independence.

But Prime Minister Gaston Browne reminded Parliament earlier this week that, the first flight of Antigua Airways – a partnership between the government and Nigerian investor, Marvelous Mike Press Limited is a real deal.

An infomercial circulating on social media and various news outlets in Nigeria and the Caribbean said the flight is scheduled to arrive at 8:30 am.

The MP for Trevor Walker questioned PM Browne about the credibility of the flight in Parliament.

“Mr. Speaker, as the member of Barbuda, is aware, this is a private entity and the information we have had to date is that they are still on target to make their inaugural flight on November 1st arriving perhaps during the period of the independence celebrations,” PM Browne said.

It is unclear at this point just how many passengers are expected to be on board the inaugural flight, which is set to depart Lagos on October 31st, before returning to the motherland on November 6.

The firm is hoping to collaborate with LIAT, flying passengers north and south of Antigua who have come from West Africa on Antigua Airways.

Antigua Airways plans to operate a Boeing 767-300ER in a 16-business and 251- economy seating configuration.