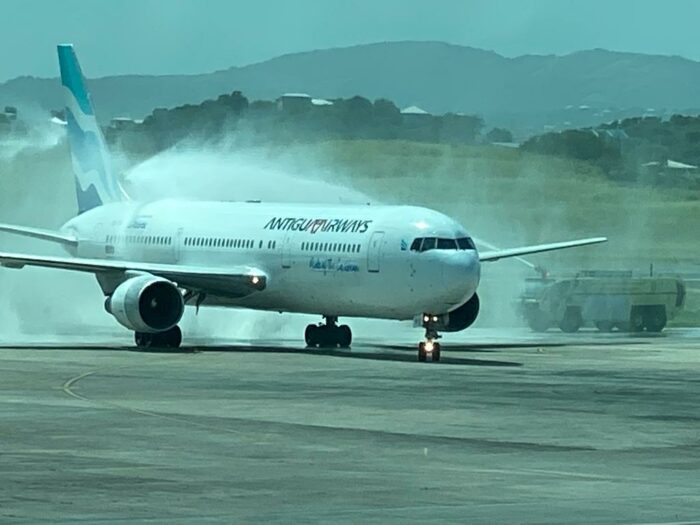 ​After 12 hours of flying across the Atlantic. Antigua Airways has touched down at the VC Bird International Airport.

The flight; a chartered flight arrived at around 10:35, coinciding with the country’s 41st Anniversary of Independence.

It received a water cannon salute

The firm is hoping to collaborate with LIAT, flying passengers north and south of Antigua who has come from West Africa on Antigua Airways.