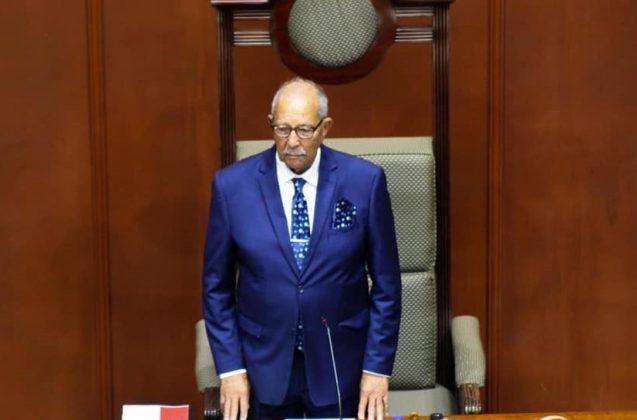 Speaker of the House of Assembly Sir Gerald Watt QC is supporting calls from the Dogs and Cats of Antigua welfare group for the enforcement of laws against persons guilty of animal cruelty.

While a group of protesters gathered outside Parliament building on Monday, Watt told members of the House Representatives that he was personally pleased to see the protesters taking a stand.

He added that cruelty to animals in Antigua disgusted him and has for years.

“We have come to a stage of our civilization that we need to deal with these miscreants.

“Not everybody in Antigua is cruel to animals, a lot of us including myself love animals, but we see the cruelty and we have become immune to it, and I think the time has come that is jail time,” the House Speaker said.

According to him, “People who abuse and throw acid [on animals] [are] supposed to go to prison, not a matter of no fine.”

Watt says he believes that the time has come where “we need to deal with this matter, we should not have to have persons standing in the sun to let us do what is right.”

Under the Animal Health Act of 2017, an individual found guilty of animal cruelty shall be liable on conviction to a fine not exceeding $20,000, to imprisonment not exceeding five years, or to both fine and imprisonment.