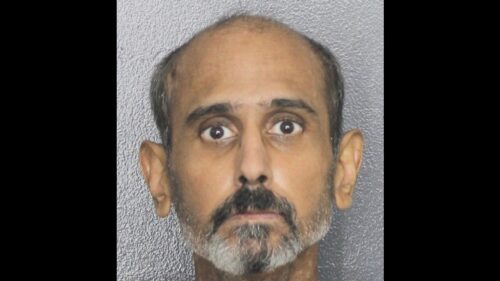 A man from Trinidad and Tobago will spend 84 months behind bars after he paid a hitman to kill the lover of his ex-girlfriend.

Ryan Hadeed lives in the US and was sentenced to 84 years in jail. He mailed US$10,000 to the hitman. He did not deny that he wanted his ex-woman’s new man dead. The attempt was foiled, however.

According to reports, Hadeed, 43, used the US postal service to “solicit, plan, and pay for the murder of his former girlfriend’s new love interest.”

On July 27 Hadeed pleaded guilty in federal court to a charge of using the mail to commit murder-for-hire. He faced up to ten years in federal prison and a US$250,000 fine.

Hadeed did not waste the court time, also pleading guilty to accusations that he mailed a letter to the hitman with the instructions to kill the man.

“I need someone eliminated. I’ve been told you can arrange that. $10,000 All in cash and upfront. A person located in Tampa,” he wrote.

According to reports, on November 10, 2021, the intended hitman received a final mailing from Hadeed that included a description and pictures of the man Hadeed wanted to be killed, the victim’s home address and likely travel schedule, and a deadline for the murder.