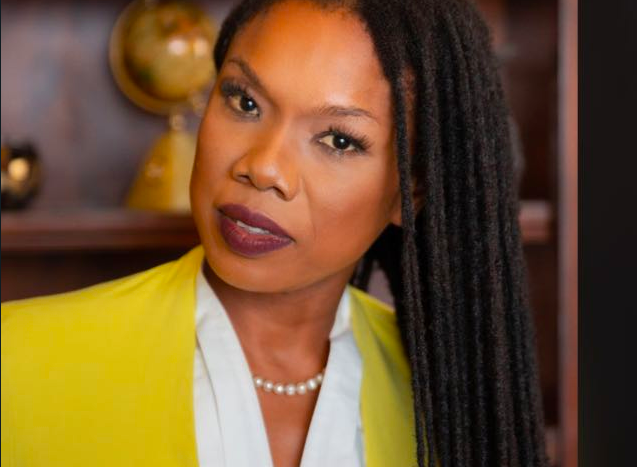 Malaka Parker, the former Chairman of the Democratic National Alliance has told her constituents that her campaign as the DNA’s candidate in Rural West has ended

Parker fell out with the DNA, according to Joanne Massiah, after failed attempts to force the party into a merger with the Opposition United Progressive Party.

She resigned this week, in what many have described as a shocking decision

But in a passionate address on Friday, Parker said she is comfortable with her decision, saying it wasn’t easy but right.

“I sit comfortably with this decision. It was not an easy one. But it was the right one. Selfishly though, let me say that this message is for my rural West family, to whom I owe so much. I love you. I am yours. You are mine. I have always credited my community with the warrior spirit that flows within me,” she said,

Parker added that those who know her understand that her commitment to social justice was forged right in the streets of Grace Green, Grace farm, and Cooks Hill.

“My friends, my family, and my political journey, as you know, has not been easy. But always, I speak with sincerity. I move with conviction. And I act without fear or favor. I Am that I Am. I came to you. You listened, and you embraced me. You pledged your support. And many of you pledged your vote. Allow me to say thank you,” she added.

Parker, in what can be described as her outgoing speech said the constituency of rural West is the most neglected, the most underserved, and the most underrepresented in our country.

Adding,  “as I heard the disappointment and the frustration you expressed amidst the real infrastructural, and the real social, and the real economic challenges which confront you, I am gripped I remain gripped by the urgency for real, tangible and sustainable solutions. Solutions which can have a meaningful impact on your lives,”.

Despite her disassociation with the DNA, Parker said she pledged her continued support to her constituents.

“I remain of the firm view that politics, as usual, will never disrupt or dislodge the systemic weaknesses which keep our community and our people trapped. Please know that my determination to break the cycle of political abuse has not been quelled. Know that I am still on my path. And I have always known that my path is tied to you. So no, this is not the end of Rural West. My work to alleviate the pressures which confront you continues. And so I invite those of you who pledged your support to me to bring that energy to bring that determination to bring that love to the service of our community. As I expand the work of my foundation, the Hands Up Foundation on behalf of you the people,” she added.