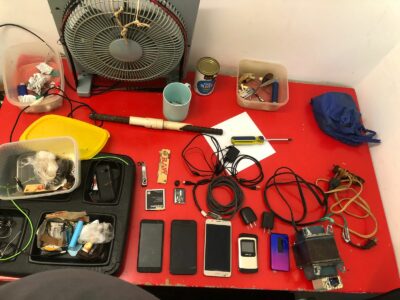 Police have discovered cellphones, drugs, deadly weapons, and a number of illegal items at a prison in Guyana after a major raid there.

The contraband was found at the Lusignan Prison, East of Demerara. It took lawmen about two hours to scan through the various cells.

The following items were found:

Director of Prisons, Nicklon Elliot says the effort was a joint initiative between lawmen and prison officers.