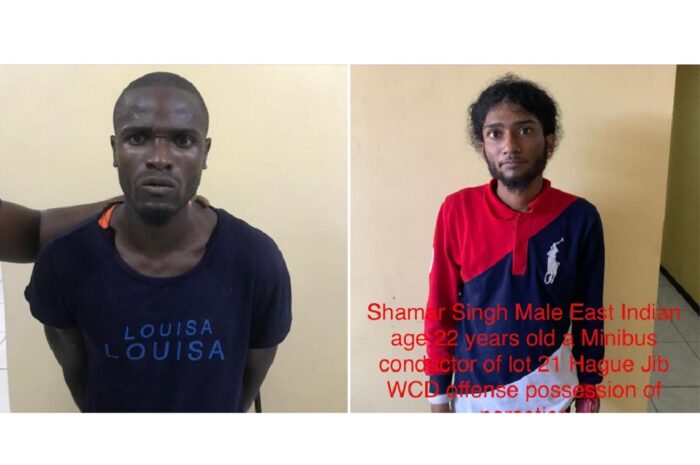 Two prisoners are on the run in Guyana after they escaped custody while on a prison van while being transported to the Lusignan Prison.

Prisoner Ryan Wilson called ‘Pepsi’, 28, of Lot 69 Vergenoegen, East Bank Essequibo who was in custody for indecent assault  and Shamar Singh, 22, of Hague, West Coast Demerara who was incarcerated for the offense of Simple Larceny and possession of Narcotics escaped yesterday afternoon

According to lawmen, the prisoners kicked open the door of the prison van that was transporting them to the Lusignan Prison.

“The prisoners kicked open the prison van door around 4:15 pm while the vehicle was on the eastern end of the Demerara Harbour Bridge, en route to Lusignan on the East Coast of Demerara,” lawmen stated.

The police say they continue to look for the men and expect that they will be recaptured soon.

A wanted bulletin has since been issued for the mean and residents have been asked to provide police with information about there whereabouts if they come in contact with the escapees.