Calls intensify for the resignation of JA’s health minister 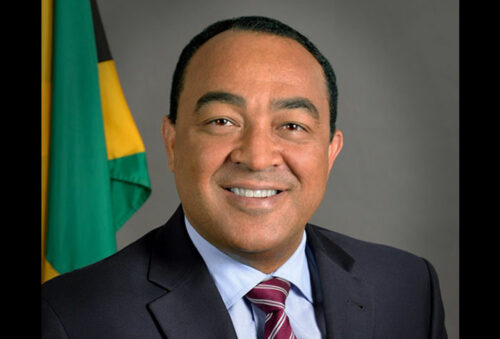 Jamaica’s People’s National Party (PNP) has intensified its calls for the resignation of the country’s health minister Dr Christopher Tufton over the death 11 babies at Victoria Jubilee Hospital.

Approximately 20 protesters bearing placards gathered outside the Hanover Health Services – Noel Holmes Hospital and Hanover Health Department on Wednesday morning calling for the resignation of Tufton following his admittance last week that the babies had died as a result of Klebsiella pneumonia infection.

He said a severe shortage of nurses in the country could have been responsible for a resistant bacteria that reportedly killed the babies between July and September of this year.

“Tufton must go. Jamaica people fed up with Andrew Holness and his team,” stated Councillor Caretaker for the Lucea division, Neville ‘Bibby’ Humphrey.

While a former Government MP and Speaker of the House Pearnel Charles Sr, said that calls for the minister’s resignation is a form of disrespect after all he and the PM had done for the country, Humphrey however maintained his stance.

“I am not ashamed. Tufton did a fairly good job during the pandemic. Now, he must go. He failed,” insisted Humphrey who was among the group of protesters.

“We want justice for the parents of the dead babies. Tufton, do the honourable thing and resign,” one protester said.

The PNP’s General Secretary, Dr Dayton Campbell in a previous statement described Tufton’s acceptance of the deaths and their families’ trauma as “callous and unacceptable”.