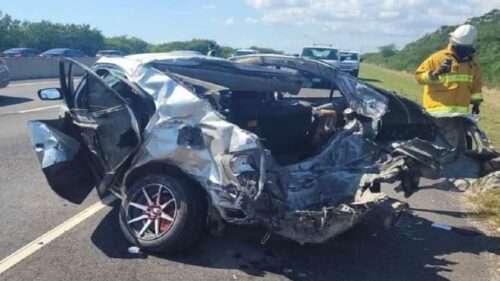 Road fatalities in Jamaica are on a slow decline but the numbers are still worrying. Fatalities have decreased by two percent when compared to 2021.

According to reports, 384 people were killed in 335 fatal crashes up to November 3.

However, Minister of Transport and Mining Audley Shaw feels more can be done.

“This phenomenon of indiscipline must be erased from our traffic environment, as we only want decent drivers who adhere to proper road and vehicular safety protocols,” said Shaw.

There’s also an issue outlined by the minister where owners of public passenger vehicles allow others to operate their vehicles.

The minister said in this case, they should request driving abstracts from the Island Traffic Authority.

“This initiative will act, in effect, as traffic school does in the United States of America and other developed countries. In US states such as Florida and California, traffic school is an integrated part of their road and transport laws. Traffic school in Florida, named Florida Basic Driver Improvement, is a short program that motorists can take when issued a traffic citation when required by the courts. The Jamaicans Against Dangerous Driving Traffic School would be a similar course,” she noted.