CCJ to hear Guyana and Venezuela case next month 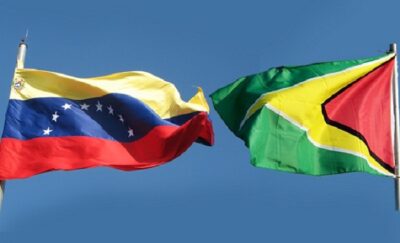 Guyana and Venezuela will present their submissions to the International Court of Justice (ICJ) will next month. The hearing comes on the heels of a decision by Venezuela to object to the border controversy case. Georgetown wants a final and binding judgment to ascertain its territorial boundaries.

Back in 2018, Venezuela refused to join the proceedings before the World Court but now, that country has finally participated in the case earlier this year, filing objections that have delayed the substantive hearing.

According to reports, Venezuela submitted Preliminary Objections to the admissibility of the border case before the ICJ in June, claiming that the case is improperly before the court and that such a case should not have been brought by Guyana, but by the United Kingdom – the then Great Britain, which had signed the 1899 Arbitral Award with Venezuela to demarcate Guyana’s boundaries.

And, Guyana had been one of Britain’s colonies; it was known as British Guiana at the time.

In light of Venezuela’s objections, the World Court has invited both Guyana and Venezuela to make submissions on those issues raised by the Spanish-speaking nation. This is after Guyana had already filed written submissions on Venezuela’s complaint.

According to Guyana’s Agent on the border controversy case, Carl Greenidge, those hearings have been set for the period November 17 to 22, 2022.