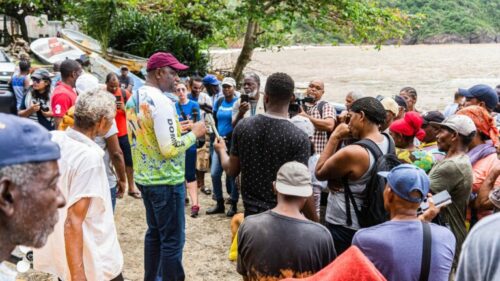 A major relocation drive will get underway in Dominica, after inclement weather caused a major landslide there over the weekend, causing the death of one man.

Dominica’s Prime Minister Roosevelt Skerrit said on Wednesday that plans are underway to relocate people who live in Petite Soufriere and Castle Bruce.

“I will have a meeting with government officials to look at the planning and the execution of a comprehensive national plan to have the relocation of residents in Petite Soufriere and even some parts of Castle Bruce, we have to look at relocating because of the major shift,” Skerrit said

The meeting will be held today Thursday and according to Skerrit, from 2023, the relocation drive will commence.

Meanwhile, heavy-duty equipment has been mobilized to help clear roadblocks while medical personnel and policemen have been deployed to assist those injured or stuck at their homes.