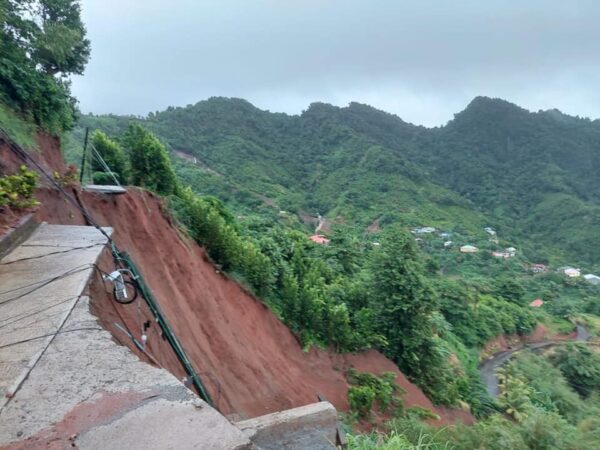 Heavy flooding in Dominica may have claimed the life of at least one man according to reports from Roseau. Sources say there could also be two other deaths but that has not yet been confirmed by police.

Nevertheless, several communities on the east coast of the island were hammered by heavy rainfall which started on Saturday afternoon and into Sunday.

Reports are that the man from Petite Soufriere perished when his home was washed away by landslides.

Flooding has been reported in the communities of Salybia and Crayfish River in the Kalinago Territory, Castle Bruce, Entrizzle and Concord.

According to the MET office, over four inches of rain fell on the east coast in just over 5 hours. That number could be much more. The MET office had issued a flash flood warning for the island which expires on Monday at 6: am.

“A trough system is expected to continue generating cloudy to overcast skies, moderate to heavy showers, thunderstorms, and gusty winds across Dominica, during the next 12 to 24 hours. People in areas that are prone to flooding, landslide, and falling rocks should be vigilant and take all precautionary measures to protect life and property. Stay away from flooded bridges and vulnerable roadways,” the MET office said in a bulletin earlier today Sunday.

The MET office said the country could experience landslides, rivers, streams, gutters, and ravines may overflow their banks and flood surrounding areas, as well as rock falls from overhanging cliffs.