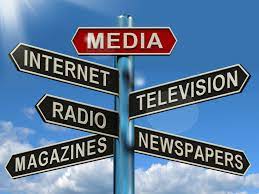 Stricter measures will soon be in place to regulate media houses in Antigua and Barbuda, according to Information Minister Melford Nicholas.

He said on Thursday during the weekly Cabinet press conference that considering many new media entities are surfacing online, there’s a dire need to regulate them

“The challenge for us is, that there needs to be a new, legislative framework, I would have discussed this at cabinet with the attorney general. And really, it is how do we look at the publication, a media that is doing major publication, and which bit of legislation will be the one that affects them?”.

He said now that electronic media is becoming very popular, the question is how “do we bring sanctions to bear on a media house if they are not prepared to comply?

“At the very least, for the protection of all concerns, the Media House ought to be able to publish its editor’s name and who is the producer, such that in the event of any potential liability for even defamation or thought that those persons could be brought to answer the question,” he said.

Nicholas said the AG has begun to examine ways to work around the situation and it is unclear whether any changes can be made before the end of 2022.

“I don’t know if we’ll get there before the end of the year, but it’s certainly something that is on the cards as part of the legislative agenda. Now concerning this if there is non-compliance. How do we look at enforcement? In the case of where there’s a brick-and-mortar operation, producing a printed newspaper that is easy for the authorities to close the doors and seize the equipment? In the case where it’s an IP-driven environment, then that brings in the whole question of how we get to IP blocking and that sort of stuff. And so, from an ICT standpoint, it will raise certain other challenges, but the ministry’s hands are tied until there is a legislative framework for us to act. But certainly, I think it is doable,” Nicholas added.