Browne and Asot are friends again 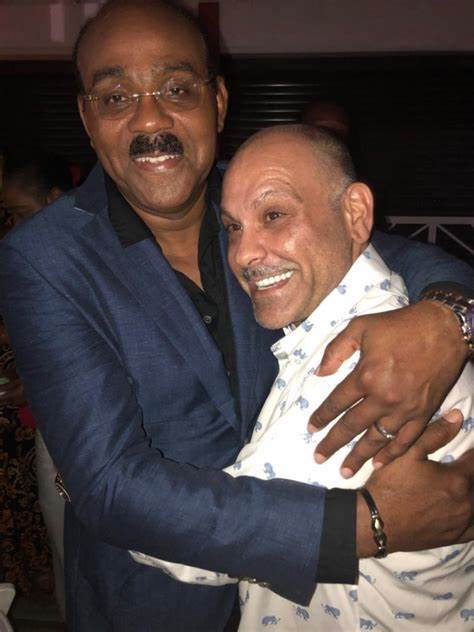 Prime Minister Gaston Browne has told the MP for St Peter Asot Micheal that they can now be friends, but he cannot serve in the Antigua and Barbuda Labour Party cabinet.

PM Browne had vowed to have nothing to do with Michael after what he described as a series of character assassinations in the media.

Michael, once a prominent member of the ABLP said during the burial of his mother Josette Michael that one of her last requests was that there be peace between him and the prime minister.

The prime minister confirmed that Ambassador Josette did make that request and he honored it somewhat.

“I said to him we can be friends but he cannot serve in the Cabinet…you too bad. He is unmanageable…”. Browne said on Saturday.

Browne and Michael have been at loggerheads over the past several months. Michael claimed that the prime minister became “bitter” when he questioned the source of Browne’s wealth and claimed that his constituency is being sidelined due to the rift.

However the matter reportedly all started when Michael was questioned about bribes that a UK national allegedly paid for business contracts in the Caribbean in the UK on October 23 of 2017.

The St Peter MP resigned from his position as Minister of Trade and Investment within the ABLP Cabinet effective May 17 the following year, amid allegations that he demanded money from property tycoon, and British investor, Peter Virdee.

Michael has vehemently denied seeking bribes as suggested in the court proceedings in the United Kingdom.