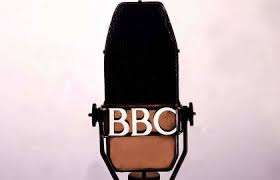 The BBC is today celebrating its 100th birthday, as it was on this day a century ago that the very first daily radio broadcasts began at 6pm on 14 November 1922. On that day a news bulletin that included a court report from the Old Bailey, details of London fog disruption, and billiards scores, were announced to those lucky enough to have a license. The GPO had only issued 30,000 for radio receivers by the time of the BBC’s first transmission.

In the immediate years after World War One, many former military radio operators used their skills to become amateur radio enthusiasts, picking up transmissions on home-made sets and transmitting their own little “shows” with a mixture of talk and music.

Then on 14 November 1922, Arthur Burrows, Director of Programmes at the British Broadcasting Company, launched Britain’s first national radio broadcasting service from Marconi House in the Strand, London. Speaking clearly, with great authority and diction that became so well known as to be rightly classed as iconic, he opened the transmission at 18.00 with a set of tubular bells used to imitate Big Ben. His began his grainy news report by announcing: “’2LO Marconi House London calling” and proceeded to tell those listening about a train crash close King’s Cross Station, the sale of a Shakespearean first folio and the dense fog in London.

He actually read out his report twice, once quickly and then slowly, and asked listeners to give him constructive feedback as to which was the better.

The public broadcaster that is known by billions of people all around the globe had actually been formed the previous month, on 18 October, as a private organisation by a group of leading wireless manufacturers, who were interested in producing programmes that would make Britons buy their fancy new receivers.

However, it Burrows who uttered the first words spoken on air for the BBC, which back then stood for the British Broadcasting Company, rather than Corporation as it is now.

News is the stock item

News was the mainstay of programming initially, although that said, these programmes went out only in the evening, to compensate the newspapers who genuinely feared for their future and heavy loss of customers, due to the inception of the broadcasted news bulletins.

Lord John Reith became the first boss of the BBC and wanted broadcasting to be taken seriously. He famously said that the company should “inform, educate, entertain” – in that order.

North/South divide even back then

Although the first transmission’s were from London, there were also broadcasts from Manchester, and it was their station 2ZY, which aired the first children’s show called Children’s Hour which was on between 5pm and 6pm every day, to catch the kids as they arrived home from school.

They also introduced the first regular weather forecast. London 2LO was run by the Marconi company. Manchester’s station was operated by Metropolitan-Vickers. Although working for the same organisation, there was even back then the north verses south rivalry.

Television arrived in 1936 with the BBC offering a high-definition service broadcast from Alexandra Palace. Musical comedy star Adèle Dixon took to the studio floor, to sing “Magic Rays of Light” to begin a half-hour variety show, after viewers had endured some short speeches from government officials and BBC chiefs, who apparently liked the sound of their own voice – some things never change!

The Director of Television at that time, Gerald Cock, ruled that there should be breaks between individual programmes in order to “avoid eye strain”, hard to comprehend now, but all very commendable back then, in what was a completely new phenomenon; however, five hours seemed a bit excessive.

He did attempt to justify his decision by saying it also would avoid interfering with viewers’ domestic life, including mealtimes and children’s bed times.

In 1953 Queen Elizabeth II’s Coronation saw over 20 million people tuning in from around the world. Then in 1967, the first colour broadcast went out when coverage of the Wimbledon Tennis Championships aired. In 1981 a staggering global audience that topped 750 million, watched the royal wedding of Prince Charles and Lady Diana Spencer, making it the most popular programme ever broadcast.

Director General looking towards next 100 years

Current BBC director-general Tim Davie repeated the mission statement of his early predecessor by saying that never has the remit to inform, educate, and entertain been more relevant or needed.

After stating that the broadcasting company had been a beacon of trusted news and programming and a fabric of the UK and one of its key institutions for a century now; he went on to add: “We exist to serve the public – doing that will guide the next 100 years.” 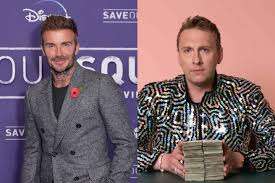 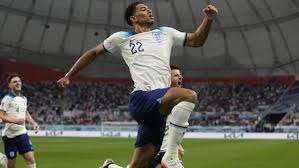 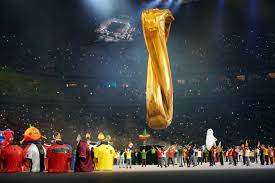