Democrats to control the US Senate after a narrow victory 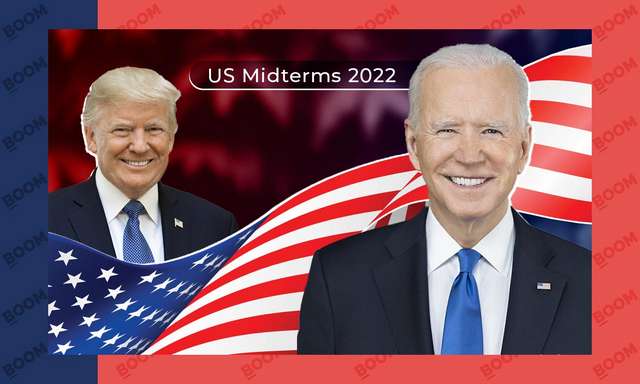 The United States Senate has a total of 100 senators, and the party with the majority automatically controls what happens, especially on issues that require a simple majority. With Sunday’s result, the best that could come out of Trump’s party is 50 Senators, which will equal the 50 already had by the ruling party. Even if that happens, the law states that if there is a tie of 50-50 Senators, the vice president becomes the 101st senator, with the right to cast tie-breaking votes.  With vice president Kamala Harris being a Democrat, it is now impossible for the Republicans to win a majority.

Americans will now wait for the outcome of the December 6 run-off election in the State of Georgia before knowing if there would be a tie of 50-50.

Democrats relieved by the result

No matter the confidence of the Democratic party, there were fears that the ruling party would lose control of the US Congress. That was because of the opinion polls that predicted a red wave following Biden’s low approval rating.

Following Sunday’s result, members of the Democratic party could not help but celebrate its victory.

One democrat that seems to be so excited by the win is Majority Leader Chuck Schumer. He attributed the victory to several factors, including the abortion ban, which the Republicans strongly support.

“We were on the edge of autocracy, and thank God the American people pulled us back in this election,” Chuck Schumer said on Sunday.

Despite the unfavourable predictions for the democratic party, one woman who was vocal and outwardly doubted the predictions was Nancy Pelosi. She said: “They knew the value of a woman’s right to choose. They knew how important it was to protect our democracy. They knew the contrast between themselves and their opponents.”

The House Speaker said she never agreed with the pundits that predicted doom for the Democratic party in the election and was optimistic that her party would perform well.

Former President of the United States, Donald Trump, has once again raised allegations of electoral fraud as he did in 2020.

Trump added that they were trying to steal the election from Adam Laxalt, the Republican candidate for the senatorial race in Nevada.

After losing the 2020 election, Donald Trump continued to claim that the election was rigged in favour of the Democratic Party and Joe Biden. He has been accused of being behind the January 6 attack on the Capitol, an allegation under investigation by the House Committee.

Joe Gloria, Clark County’s registrar, responded to Trump’s claim of finding votes and described it as false and baseless.

“There is no way to find ballots,” he said, adding that both the candidate of the Democratic party and the Republican party have not raised concerns about the elections in the State. Gloria explained the counting process and stressed that the issue of fraud was not in the process.

Unarguably, the former leader is the most hit by the election result, as many of the Republican senatorial candidates were his nominees. Some members of his party have attributed the defeat to him.

How the Democrats cruised to victory

Before the elections, the predictions were that the Republican party would win Congress squarely. With the outcome of the election on Sunday, something must have gone wrong that turned the table around for the Democrats. Some of the factors include the following;

It is believed that most people would have voted for the Republican party if they had other candidates for the various positions. Most of the candidates in the election were backed by former president Donald Trump. Those who held this view include governors and elected officials of the party.

Republican Senator Bill Cassidy, on Sunday, blamed the election defeat on the former president and his choice of candidates.

“Those who were most closely aligned with the former president underperformed,” the Louisiana Senator said. “Those who were talking about the future or had managed their states well overperformed.”

When asked if he was blaming Trump for the defeat, he said it was time for the Democratic party to move on from the past and look for alternatives. Last year, Bill Cassidy voted to impeach Donald Trump following the January 6 Capitol riot.

Although the Governor of Hampshire, Chris Sununu, did not directly blame Donald Trump for the defeat, his utterances suggested he was not happy with the former leader.

He said: “There’s a sense of extremism Republican candidates were painted with, rightfully or not,” he said. “Democrats did a very good job of defining a lot of these candidates before they even had a chance to introduce themselves.”

Sununu said the results were America’s way of rejecting extremism which was likely an indirect swipe at Donald Trump.

Most Republicans, including House Leader Nancy Pelosi, Joe Biden, and Senate leader, Chuck Schumer, all believe that abortion rights were part of the reasons they will be able to control the country’s senate.

A referendum on Donald Trump

The “red wave” prediction in favour of the Republican party was based on Biden’s unpopularity. His approval ratings have continued to dwindle following the scary inflation rate in the United States. The question now is, how popular then is his rival, Donald Trump? Trump’s popularity has declined following his links to the January 6 insurrection. Some former supporters now see him as having extreme views that might be dangerous for the country.

His prefered candidates, most of which agreed that the 2020 election was stolen are also considered to have the same extreme views. By voting for the Democratic party, most voters were actually voting against Donald Trump, as they saw the election as a referendum on the former president.

“This is the third election in a row that Trump has cost us the result,” Maryland’s Republican Governor, Larry Hogan, said. “He said we would be tired of winning. Well, I’m tired of losing.”

Hogan said the Republican candidates that talked about the economy and crime performed well, but those that focused on conspiracy theories and other irrelevant matters failed.

Hogan is no friend of Trump. He has been a long-time critic of the former president and had previously accused him of being a racist.

Why the win matters for the Democratic party

The president’s policies and legislation will only go through if his party has the majority in Congress. In 2016, Senate Majority leader Mitch McConnel blocked Barack Obama’s nominee for Supreme Court from getting a hearing. That will not be the case now that the Democrats are in charge as president and the Senate.

Should a Supreme Court seat become vacant, the Republican Senators would not be able to stand in Biden’s way should he nominate anyone to fill the seat. The same applies to other federal judges.

President Biden has been very careful with his choice of words when asked if he would run again in 2024. However, after the victory in the Senate, it appears that his reelection bid in 2024 has received a major boost. There are already comments that the 79-year-old will seek a second tenure.

Most Republicans in the House have vowed to block Biden’s climate agenda and other moves that are contrary to their principles.

With the Republican party controlling the House and the Democrats controlling the Senate, it appears that the United States will be facing another period of political drama.