NATUC concerned about elections in Dominica 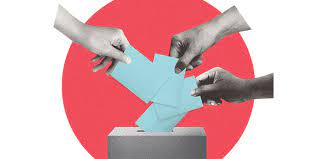 The National Trade Union Centre of Trinidad and Tobago (NATUC) says it is deeply concerned about a decision by Dominica’s Prime Minister Roosevelt Skerrit to call a snap election.

To the disapproval of thousands of residents and opposition parties, Prime Minister Skerrit said electorates will head to the polls on December 6th. Elections are not due in Dominica for another two and a half years

The NATUC states in a release that while the global economy is still reeling from the repercussions of the Covid-19 pandemic, this is no time for any Caribbean country to be thinking of calling snap elections.”

They said that research has found that the pandemic has had a disproportionate impact on low-income countries and people with low incomes across all countries. it is the humble view of NATUC that the calling of snap elections in Dominica at this time, is insensitive and prejudicial and not in the best interest of the citizens of Dominica.”

Furthermore, they said the Covid-19 pandemic impacted all social strata, affecting the industry, manufacturing, tourism, labor, and education, and more, in the Caribbean.

While the Opposition parties are not against elections, they said it should not be called in the absence of electoral reform and a clean voters list.

That issue was also highlighted in the NATUC’s report.

“Consistent with this expressed view and the widespread support for electoral reform, the Dominica Public Service Union believes that a snap election is not in the best interest of Dominica and the citizenry of Dominica. Further, the fact that the citizens of Dominica are seeking to include trade unions, the private sector, civil society, and the wider citizenry in Dominica, to support and call attention to the need for electoral reform before any general elections are held, should not be discouraged, since such efforts are conducive to a healthy democracy,” the statement said.

The Union calls on the government of Dominica to let good sense prevail and to seek to correct all the issues in the affected areas before the calling of any elections.

to do what he wants and when he wants. The use of political office must be used judiciously and with common sense for the advancement and upliftment of the people of Dominica. Remember, the voice of the people is the voice of God, and we must be guided by the God-fearing principles of love, empathy, and impartiality when making decisions that will affect the citizenry of the country,” the statement concluded