Asot’s request to erect 66 billboards turned down by DCA 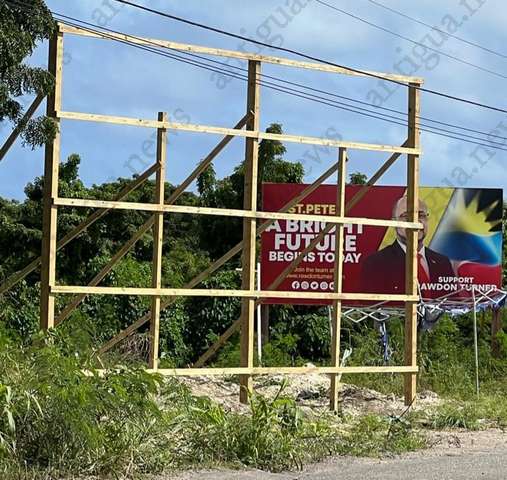 The Development Control Authority or DCA has turned down a request by the Parliamentary Representative for St Peter Asot Micheal, to erect 66 13×32 billboards in his constituency.

In a letter dated November 14th addressed to MP Micheal, the DCA said “please be advised that you will only be permitted to erect 15 billboards within the St Peter constituency and not the 66 as requested”

The DCA wrote further that, section 17 of the Physical Planning Act, states that no person shall commence or carry out any development of land, except in accordance with the development permit granted under the Act.

“You are required to submit your application listing billboards, sites, billboards, dimensions, and a sample of content. You’re required to cease and desist the erection of billboards without the requisite approvals. Failure to comply will result in the development control authority carrying out removal activity at your expense. Please be guided accordingly”, the letter stated

Browne said Asot Micheal has been defying the DCA and putting up huge billboards in his constituency, blocking those that have already been erected.

“He is behaving as though he’s above the law and picking a fight with the DCA… what he’s doing now, he has said to the DCA that he is not supplying no kind of maps…So he’s putting up billboards willy-nilly all around the place”

Browne said this is not a political issue but the DCA had reached out to him as the leader of the country about the matter.

“I am being told that the DCA will be writing to Mr. Michael again. And if he continues his lawlessness, they will be literally pushing down all of his billboards. This is not a political issue. This is an issue of the law, in which Michael has to first seek permission…” Browne added.

The prime minister insists that the DCA is acting independently.