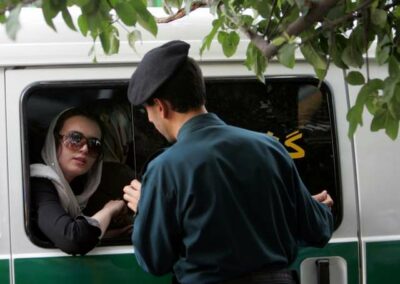 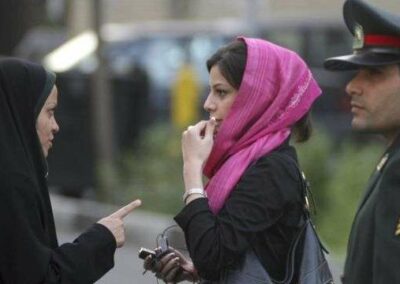 After more than two months of protests and civil Unrest in Iran, the Iranian government has reportedly disbanded the country’s morality police. The country’s attorney general announced the new development on Saturday but insisted that the law on hijab and modest dressing for women and girls remains.

“Morality police have nothing to do with the judiciary and have been abolished,” Attorney General Mohammad Jafar Montazeri said, as quoted by Iranian television ISNA.

Mohammad Jafar Montazeri added that while the police unit has been abolished, the judiciary would continue to monitor behavioural conduct among the people, an indication that the country would not scrap its laws that mandate women to compulsorily wear hijabs.

Mr Montazeri hinted at a possible disbandment of the force on Thursday when he said Iran’s parliament and the judiciary were reviewing the compulsory wearing of the hijab and reforming the police outlet.

During a televised broadcast on Saturday, President Ebrahim Raisi said the country was founded on Islamic laws, and nothing could change the rules, “but there are methods of implementing the constitution that can be flexible.”

Recall that on September 17, the Iranian morality police arrested 22-year-old Mahsa Amini for not wearing the hijab properly. The young lady died in the custody of the police, pushing the country into a nationwide protest that has continued for two and a half months.

What is the morality police?

The Iranian morality police is a unit of the police force with the responsibility to enforce proper dress among women and girls. Under Iranian law, girls and women must wear a head covering or a hijab in public. While most girls and women comply with the rule, president Mahmoud Ahmadinejad, in 2006, felt there was a need to enforce the law as it appears that most of them were not upholding the law properly.

The duties of the morality police are not limited to women’s dress codes but also include other checks for so-called improper dressing and loose-fitting clothing among men.

“Men are occasionally stopped — perhaps if their beards are too long, making them resemble jihadists — but usually, it’s women who attract the attention of the Gashte Ershad. Too much hair peeking out from under a headscarf, removing the scarf altogether in the car, taking a walk with a boyfriend — all kinds of actions can risk a run-in with the morality police,” NPR said regarding the morality police.

Since the establishment of the Police unit in 2006, the group have been accused of detaining women arbitrarily, raising concerns about its mode of operations. However, going by the standard of what the Iranian government considers inappropriate dressing, most women and girls seem to have bent the rules by letting their hijabs slip from their heads and onto their shoulders. Hence the morality police, with the backing of Ebrahim Raisi, continues to strictly implement the hijab law, which has been in place since Iran became an Islamic republic in 1979.

Iran has not retreated

The news of the disbandment of the police unit has reached the West, and as expected, most western media has attributed the decision to the unending demonstrations in the country. However, Al-Alam, an Iranian State television, has denied that the decision has anything to do with the ongoing protest and civil unrest and claimed that the Western media had misquoted the words of the Attorney General.

“No Islamic Republic of Iran official has said that the Guidance Patrol has been shut,” Al-Alam said Sunday afternoon.

The State television added that the Attorney General’s words were not an indication that the Iranian government had backed down on the implementation of the laws regarding modesty and morality.

“Some foreign media have attempted to interpret these words by the prosecutor-general as the Islamic Republic retreating from the issue of Hijab and modesty and claim that it is due to the recent riots,” Al-Alam reported.

Is the disbandment a sham?

While the news of the disbandment of Iran’s morality police looks good, protesters in Iran feel it is the government’s way of destabilising the protesters and causing disunity among them. As of the time of this report, Antigua news could not verify if there is any official statement on the disbandment of the police unit.

“It’s disinformation that the Islamic Republic of Iran has abolished its morality police. It’s a tactic to stop the uprising,” Masih Alinejad, an Iranian activist and journalist, wrote on Twitter.

“No, the announcement was not a legal edict to abolish the morality police, but a trial balloon floated by an official. The Islamic Republic authorities clearly understand they are in dire straits,” Nazanin Boniadi, another activist, wrote on Twitter.

Chelsea Hart, an activist, blamed the western media for spreading “propaganda with zero fact-checking.” She said the story was cooked up by the regime to “make you think everything is over.”

“No, the morality police has not been abolished in Iran,” Ms Hart tweeted.

Kamran Matin, who lectures International Relations at the University of Sussex, agreed with the activists that the disbandment of the police unit is a sham as long as the authorities have not made any announcement.

“Such an announcement should really be announced by that institution and that hasn’t happened yet,” Matin told DW news.

He urged the public to take the attorney general’s comment with caution as the morality police are not part of the country’s judicial system but a part of the police forces.