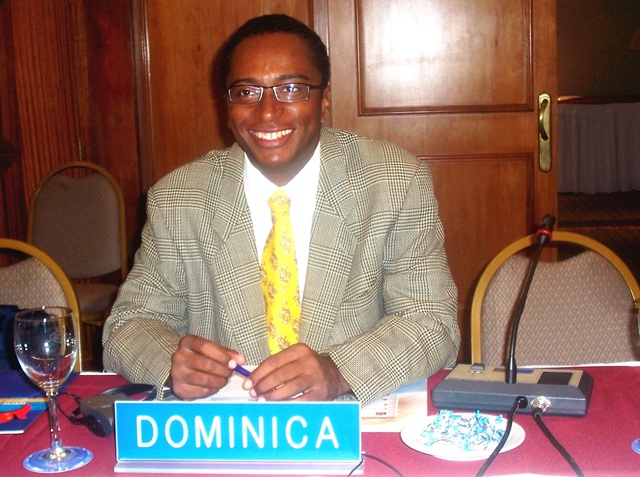 Sean Douglas, a former press secretary for the Roosevelt Skerrit administration, is taking aim at the freshly elected candidates of the Dominica Labour Party (DLP), calling them the weakest team the government has ever put forth.

Douglas, who spoke at the United Workers Party (UWP) convention rally this past Sunday, believes that many elected officials lack experience, which he claims is crucial for leading the country.

Last month, the Prime Minister announced the calling of a snap election, which was held on December 6, 2022, stating that such was triggered by the need for a “national reset.”

As part of the reforms, ten senior ministers were swapped out for “new faces,” whom Skerrit described as the “ideal team for these times.”

Contrarily, Douglas argues that “when you vote someone into parliament they have to have something which they offer to the table such as experience, and the team that Skerrit has for the most part…they haven’t got experience or the expertise needed to lead the country.”

He points out that despite having more seats in parliament, the prime minister is still at his weakest, and the DLP’s most recent election triumph of 19 to 2 was an “empty victory.”

Regardless of the short-to-medium-term repercussions, Douglas believes that the UWP made the correct choice in not contesting the snap election, on the basis that there was no electoral reform.

While he emphasized that the country needs to demand that the long-awaited election reform be implemented in the upcoming year, he also stressed the necessity of the need for campaign finance reform.

“I saw for myself first-hand in the 2005 and 2009 campaigns that bus drivers were given thousands of dollars…I saw what happened in 2005, we had a rally on the Bayfront and the DLP must have spent in excess of 250 thousand dollars bringing down Crossfire, paying Swinging Starz, and bringing persons from all over the country,” he said.

He stated that the country needs to understand the source of those finances, who is paying the DLP’s bills, and what those donors expect in return.

The businessman lamented the state of Dominica’s economy and contends that in 22 years in office, the current government has done little to improve the quality of life for residents.

“No airport, no geothermal plant. Where is the manufacturing, and where is the water export industry?”

He questioned. “All they have done is built homes with money from passport sales, even though most people can’t even afford to maintain the basic cost of living in those homes.”

In addition, he noted that the Citizenship by Investment (CBI) program’s revenues are not transparent or accountable, and that, in contrast to other nations, Dominicans are not receiving dividends from it.

However, he noted that “it is almost too late for him. Skerrit is on his way down, he has passed his peak and it can only get worse and worse from here.”

The businessman took use of the opportunity to urge all Dominicans to unite in the fight for free and fair elections to establish a democratic society.

He further declared that the UWP and Electoral Reform Coalition (ERC) cannot accomplish this goal on their own, therefore all citizens must decide to take the future of Dominica into their hands.