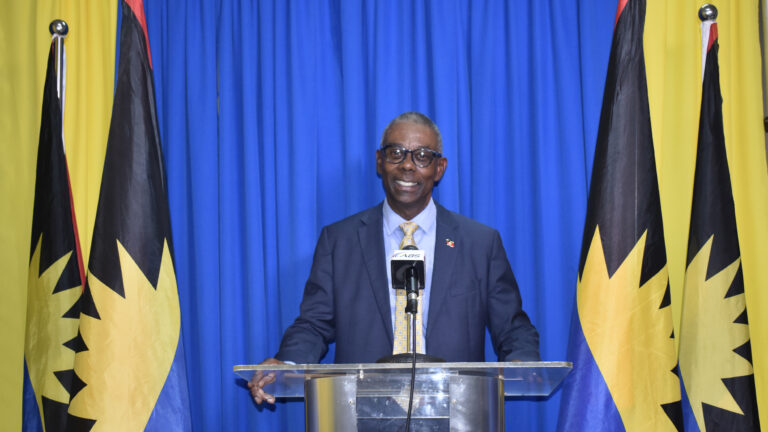 A United Progressive Party government would continue to make changes to help the struggling business sector in Antigua and Barbuda.

Harold Lovell, the UPP’s political leader said at a press conference yesterday that the party would repeal and replace the Unincorporated Business Tax and also reduce the corporate income tax from 25% to 15%

This policy can be found in the UPP’s recently launched manifesto. Lovell explained how he believes that the proposal will increase the government’s revenue.

“The strategy and philosophy are that we must drive the private sector in Antigua and Barbuda, we must create a dynamic local economy, we must encourage people to invest and to protect people who take the decision to invest…At the moment, the government in Unincorporated Business Tax collects between five to six million dollars and hardly that … we believe that because we will have the flat tax, we will either collect the same amount or more,” he added,” Lovell said.

He said that based on the annual turnover, businesses would be encouraged to self-classify however he said a system will also be put in place to verify the authenticity and to ensure too, that large companies do not take advantage to classify themselves as small companies.

“Will have to do is to verify, as we understand that a large business would be naturally tempted to classify themselves as a small business,” he argued.

He said in order to improve the business climate and business culture in the country the legislation of borrower’s insurance policy will also be put in place. This policy according to Lovell protects personal and business borrowers from property loss and bankruptcy.

This Lovell said would be done in consultation with the financial sector.

“Borrowers will be required a premium within their loans which offers protection up to a certain level of loss. This is very important. We want to make sure that if your venture is not successful as you would like if you have to go under there will be no stigma. We will seek in consultation with the banks to have a policy which will have coverage for this type of loss…” he said

A UPP government according to Lovell will revitalize the Antigua and Barbuda Investment Authority by empowering and expanding its role to improve the ease of doing business.

Several other policies and plans were outlined in the UPP’s manifesto under the theme “Seven Pillars for Relief, Recovery, and Shared Prosperity.”

He reminded that the UPP’s Manifesto reflects the CHANGE that the people want – and need – to see and was pulled together based on consultations with the people, over the past two years.