Serpent to Mike: I forgive you 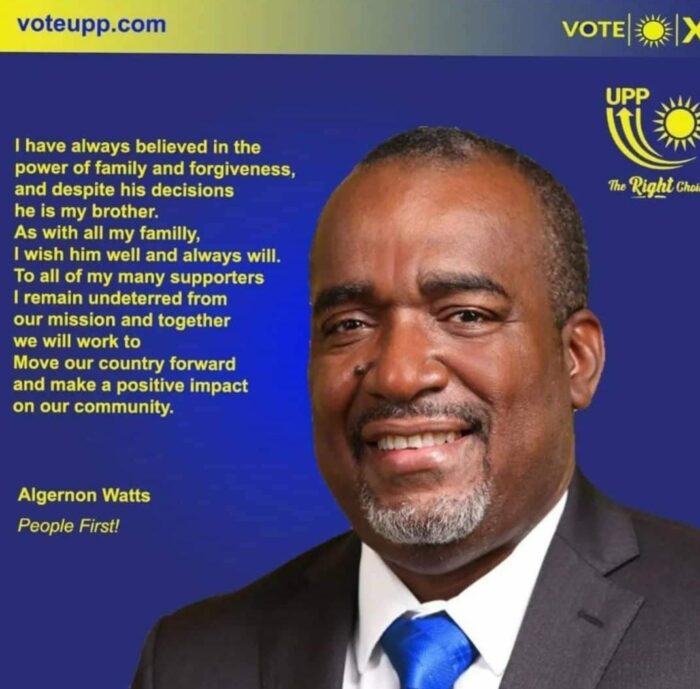 The UPP’s candidate for St George Algernon Serpent Watts says he has forgiven his brother, Mike Watts, following serious criticism leveled against him.

Mike who endorsed the ABLP’s candidate for St George Dean Jonas in Potters last night said when he heard his brother Serpent was contesting elections, he immediately packed his bag and took a flight to Antigua and Barbuda to give the public reasons why they shouldn’t vote for him.

But in a statement released tonight, Serpent said “I have always believed in the power of family and forgiveness and despite his decision, he is my brother”.

In case you missed what Mike said, here is a short clip.