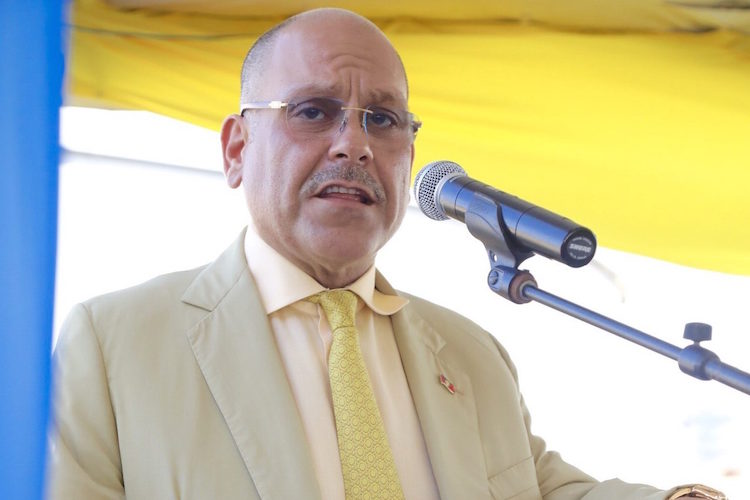 Asot Michael, the independent candidate for St Peter, says the decision by the High Court judge is not a vindication of the conduct of the Antigua and Barbuda Labour Party (ABLP).

The High Court has dismissed a motion brought by law firm Marshall & Company on behalf of St Peter MP Asot Michael to hold the Supervisor of Elections and the Returning Officer for St Peter in contempt of court for proceeding with the nomination of Rawdon Turner as the ABLP party’s candidate.

The decision was turned down by Justice Dia Forrester today.

The Antigua and Barbuda Labour Party have welcomed the court’s decision, with the party’s chairman E.P Chet Greene saying that the decision validates the party’s decision to continue, “free of any hindrance with Rawdon Turner as the legitimate and only candidate for St Peter”

But Micheal said contrary to a statement from Greene, the ruling did not validate Rawdon Turner as the legitimate Labour Party candidate for St Peter, neither the ABLP nor Mr. Turner was before the court.

“The action was taken against two senior election officials regarding a decision of the High Court that ought to have prevented the nomination of Mr. Turner as the candidate for the ABLP in St. Peter,” Michael said.

Furthermore, he said, “the court gave the defendants the benefit of the doubt that they acted in contempt by disobeying an order from a matter in which they were not parties, because the court was unable to determine whether those responsible were actually in breach of the order”.

He recalled that the May 2022 order granted an interim declaration that “Rawdon Turner was not selected in accordance with the provisions of the Revised Constitution of the Antigua and Barbuda Labour Party.

“The interim injunction to stand until the hearing and determination of this matter or until there are fresh actions/proceedings initiated and conducted in accordance with the provisions of the Revised Constitution of the Antigua and Barbuda Labour Party. The matter was determined in December 2022, the order was never varied and therefore stood to be obeyed by rule of law,” Michael added.

He said he reserves his right to bring fresh contempt of court proceedings to include ABLP executive members Gaston Browne, Mary-Clare Hurst and Lionel ‘Max’ Hurst and Rawdon Turner.