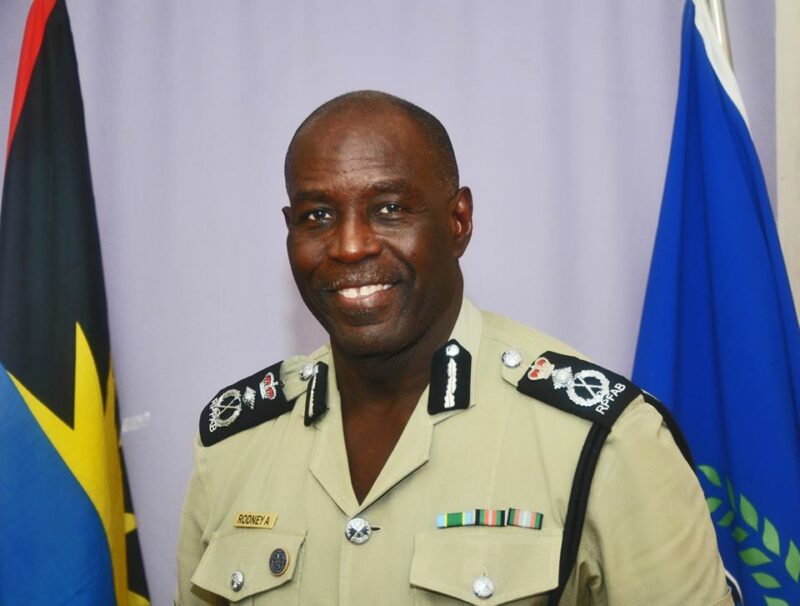 Antigua and Barbuda’s Police Commissioner of Police, Atlee Rodney is denying all claims of any misconduct on the part of a senior police officer surrounding the ongoing investigations involving Indian national Mehul Choksi.

Self proclaimed Financial Crimes Investigator Kenneth Rijock said in an article posted in the Economic Times in India dated January 13, 2023 that Choksi has been buying protection in Antigua by bribing a string of officials according to investigations conducted by Kenneth Rijock, a renowned financial crimes investigator.

Rijock said Choksi has been bribing officials in Antigua and interfering with Interpol’s efforts to detain him for extradition to India.

“It is most unfortunate that Mr Kenneth Rijock, on his internet blog, made several false statements, concerning the Antigua and Barbuda Police Force in relation to Mr Mehul Choksi without ascertaining the facts,” Rodney said in a media statement

Furthermore, he claims that the entire blog is false with inadequate or no research of the facts and has a malicious purpose, and ought not to have been posted.

The Commissioner made it clear in his press statement released today Tuesday that the Police Force has no interest in assisting Choksi in avoiding extradition from Antigua and Barbuda as alleged by Rijock, and, in any event, has no power to do so.

According to Rodney, upon the issuing of a Red Notice by INTERPOL, stating that Mr Choksi is wanted by the law enforcement authorities in India, and a request to the Attorney-General for his extradition, an extradition order was issued in accordance with a Commonwealth Treaty, governing extradition of wanted persons.

“Subsequently, Choksi challenged his extradition in the Courts, and he has delayed extradition by that process. Antigua and Barbuda is a democratic nation in which the rule of law prevails. Under the Constitution of the country, Choksi has the right to seek a hearing by the Court, and only the Court can order his extradition by judicial process.  His matter is still before the Courts, because of his legal interventions,” he said.

In the article, Rijock states that Inspector Adonis Henry and Choksi, “have been meeting at the Al Porto Restaurant at Jolly Harbour, alleging bribery”.

However, Rodney said only two engagements have been held between Choksi and Inspector Adonis Henry, claiming that both engagements occurred around August 2021 and June 2022 during an investigation, where Choksi alleged he was kidnapped from Antigua and transported against his will to Dominica.

“Besides, the two interviews were not conducted at the Al Porto Restaurant in Jolly Harbour as Rijock claims, but at Choksi’s office, upstairs in the same building of the Restaurant in the presence of his attorney,” Rodney added.

However, the police commissioner claimed in his detailed statement that the only connection between Inspector Henry and Magistrate Clarke in this matter was to secure a warrant, requesting INTERPOL to issue a Red Notice for three foreign persons, who, Choksi claims were participants in his alleged kidnapping. Those Red Notices, he said were approved and issued by INTERPOL.

“It is most regrettable that without offering any proof whatsoever, Rijock has included judges and law enforcement agencies in allegations of bribery by Choksi, obviously to delay his extradition to India,” Rodney added.

In a mysterious turn of events, Choksi went missing on May 23, 2021, from Antigua and was found in Dominica the next day.

Choksi and his legal team alleged he was abducted by Indian agents, tortured, and brought to Dominica in a vessel.

Police in Antigua and Barbuda are currently investigating the abduction charges following a complaint by the fugitive businessman’s lawyers.

Meanwhile, according to reports, Rijock is a disbarred attorney who, in 1990, pleaded guilty to one count of conspiracy to defraud the IRS and one count of racketeering at federal court in Gainesville, Florida, for which he received a 24-month prison sentence.

After being released from prison, he began promoting himself as a ‘reformed money launderer’, regularly speaking at Anti-Money Laundering conferences and operating as a consultant and writer in the areas of financial crime and compliance, most notably working on behalf of Know Your Customer database provider World-Check and serving as “Anti-Money Laundering Compliance Consultant” for Florida-based Mutual Benefits Corporation.