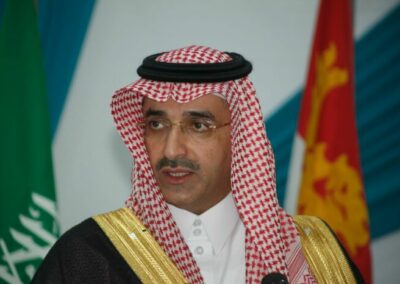 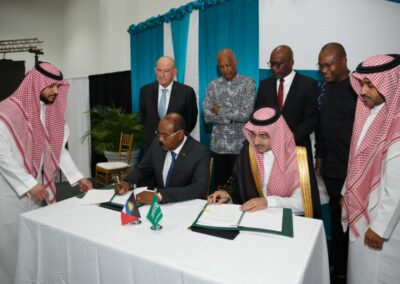 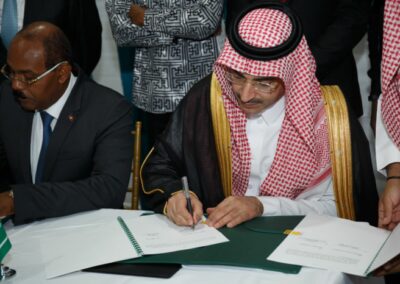 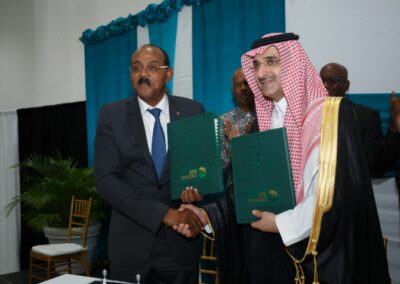 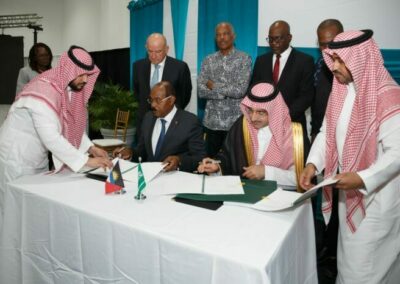 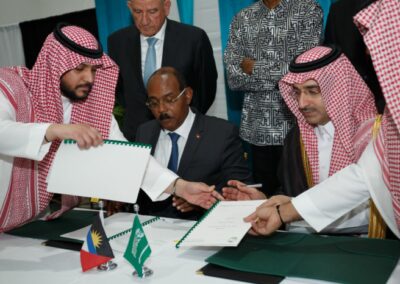 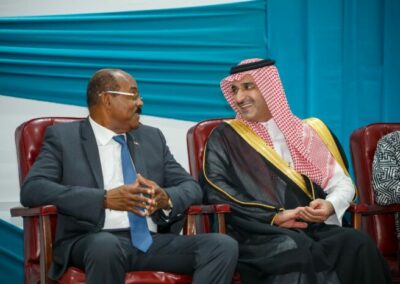 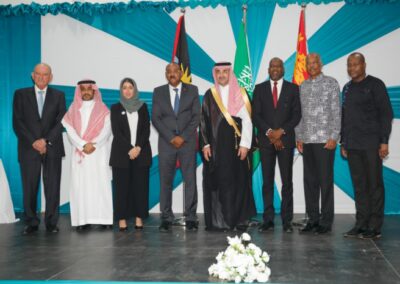 The community of Five Islands is expected to become the envy of the country and possibly the OECS, once the expansion of the University of the West Indies Five Islands Campus is completed.

Tuesday was another historic day for Antigua and Barbuda when the Gaston Browne-led administration commenced the expansion of the UWI Five Islands Campus with the subsequent signing of a loan of $216 million from the Kingdom of Saudi Arabia.

The ABLP government recently successfully negotiated the loan which assures the continued build-out and equipping of the campus as well as its capacity to educate our people to a higher level.

Sir Hillary Beckles, the Vice Chancellor of the UWI said the decision by the government to invest in the University is evidence “that we are rising in every jurisdiction of our community”

He said Antigua and Barbuda were there at the beginning when the university was established.

“Our physiology has been that all parts of our community should receive this type of investment…I wish to commend the prime minister and the government for having confidence in their university and for arranging to establish this campus that will be the path to prosperity for this nation.” Sir Hillary said.

“I know it wasn’t an easy decision for the prime minister, in fact objectively it probably was the most complex and difficult decision that he has ever taken in his political life but it was the right decision and, in the decades, ahead, when he is a senior retired Caribbean statement, he will look back at this moment,” Sir Hillary told the audience at Five Islands.

And just like the Cave Hill Campus is the heart and soul of Barbados, Sir Hillary said, likewise, the Five Islands Campus will be the heart of the twin island state.

“This loan will provide the necessary financial backing, to meaningfully accelerate the progress to equip the Five Islands Campus and its ability to educate the people of Antigua and Barbuda, our region, and the world,” he said.

He said augmenting the capacity of the campus will mean more opportunities for individuals, the young and the young at heart, who may be otherwise unable to elsewhere achieve their desired qualifications.

Prime Minister Gaston Browne told a ceremony this morning at the Five Island Campus expansion project did not come easily, recalling staunch opposition from the Chancellor of UWI and the levels of “heads”

“He actually flew here to Antigua and Barbuda and tried to dissuade me and I hope however that he would have come full circle to recognize that we made the right decision and this campus will become the crown jewel of all the campuses within the UWI system,” Browne added.

Meanwhile, Browne has said that students who receive scholarships from the government will no longer be bound to the country.

“My government will be eliminating the need for bonding. Many speak about a brain drain, but we would rather our people would leave our shores, qualify, go abroad, make money, and remit funds to our shores rather than stay here and remain poor. We rather educate them and if they cannot find jobs here, we create the opportunities for them to find jobs abroad…” Browne said.

The new Five Islands Campus will focus on modern subjects and areas of training to develop skills required for the 21st century.

“We expected Five Islands to be the best campus when it comes to climate studies to include the blue and green economy…we expect to have a master’s program in finance possibly by the next school year…” he said.

The loan agreement is for a period of twenty years with a 2% interest rate.