Taiwan to include women in Reserve Army for the first time, as fears of China’s invasion grows 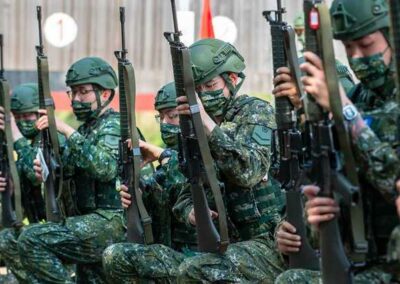 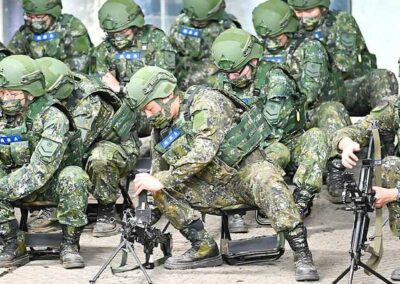 The military in Taiwan has announced plans to include women in its reserve army for the first time. Major General Yu Wen-Cheng announced the decision on Tuesday, as the self-ruled Island country fears an invasion by China.

“This is the first year to include women in the reservists training so this year will be a trial programme,” the army chief stated. “We will plan the training capacities according to the number of applicants.”

The ministry of defence said the trial programme would include 200 discharged female soldiers, and it will be voluntary. The women will be drafted into the voluntary reservist from April this year.

Major General Weng said the purpose of the new programme was to strengthen the effectiveness of the reserve troops in combat skills to improve their combat capabilities.

Taiwan’s president Tsai Ing-wen said although the country does not want war, military expansion was necessary to preserve democracy for “future generations.”

“No one wants war… but my fellow countrymen, peace will not fall from the sky,” she said.

Although Taiwan has independently governed itself for decades, China has never seen it as an independent country. The Communist party sees it as an indivisible part of China and hopes to reclaim it someday.

Invading Taiwan successfully will not be an easy task because of the mountains, hills, and waters surrounding it. But the 89,000-foot soldiers in the Island country are insignificant compared to the one million Chinese soldiers. Expanding the military is the only option, but it is unlikely that Taiwan will be able to defend itself against China for long should there be an invasion.