Germany reluctant to send tanks to Ukraine despite pressures from allies 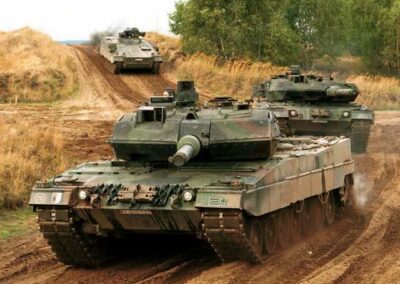 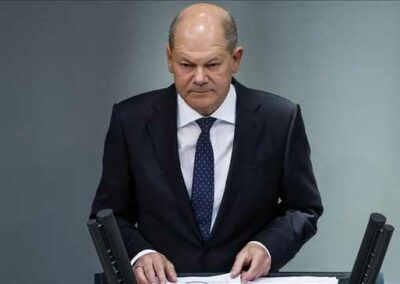 Since the start of the war in Ukraine, NATO countries seem to be united in almost every decision. However, for the first time, it appears that one request by Ukraine doesn’t go well with the Germans. It is the demand for Germany’s Leopard 2 tanks.

As the war in Ukraine enters its 12th month, NATO countries have pledged to send tanks and more ammunition to Ukraine. Despite pressures from Kyiv, the US and other Western allies, Germany said it is yet to decide on sending its Leopard 2 tanks to Ukraine. When asked if his country would supply Ukraine with the tanks, Boris Pistorius, Germany’s new defense minister, said they were still in talks with allies before a decision would be reached.

Although Germany had been criticised, even by its citizens, there seem to be genuine reasons why the government is reluctant to send the deadly tanks to Ukraine.

Germany’s genuine reason for its reluctance

The German government seems to have agreed to send the said tanks to Ukraine. However, it is insisting that the United States take the lead by sending its Abrams tank to Ukraine. Germany’s Chancellor, Olaf Scholz, said unless the Biden administration sends even a limited number of its tanks to Ukraine, it won’t do so.

“Germany will not go it alone, Germany will act together with its allies and especially with our transatlantic partner, the U.S. Anything else would be irresponsible in such a dangerous situation,” Scholz said earlier this month.

On its part, the US government said the M1 Abrams tanks are difficult to use and maintain. Within the US, there is pressure on the Biden administration to do the needful before it is too late.

Senator Lindsey Graham, a Republican of South Carolina, said he was tired of the debate surrounding the sending of tanks to Ukraine.

“To the Germans: Send tanks to Ukraine because they need them. It is in your own national interest that Putin loses in Ukraine,” he wrote on Twitter. “To the Biden Administration: Send American tanks so that others will follow our lead.” Although President Biden had not said anything new about the supply of tanks to Ukraine, he stated that “Ukraine is going to get all the help they need.”

While the excuse given by the US for not sending the weapons is genuine, it is becoming clearer that Germany does not want to take the blame for escalating the 11-month war, and its hands might be tied by history. The following could be Germany’s reasons for its reluctance.

A repetition of World War II

No doubt, the German government, led by Hitler, committed atrocities in the Soviet Union during the Second World War. Its tanks invaded present-day Ukraine and Russia, killing several thousand during the war. The older German population are scared that history might repeat itself should the government send the tanks to Ukraine.

“What do we do if Ukrainian forces roll into Russia with German tanks?” one senior German official said. The Germans are still unsure if sending the tanks is the best decision to make at this time.

Polls conducted in Germany show that while some people want the government to send tanks to Ukraine, the slight majority are satisfied with Scholz’s reluctance and negotiations before taking the next step.

“The majority of Germans clearly approve of what they perceive as a judicious approach by Scholz,” said Thorsten Benner, a public policy expert, stated.

Unlike the US, Britain, and France, which have been very vocal about the war in Ukraine, Germany has been relatively quiet. Experts believe that the European country is shifting towards a country that is doing all it can to avoid a conflict following its involvement in the First and Second World Wars.

“Germany has been on a peace-time footing for years. We don’t have the expertise in procedure or procurement to do anything at speed right now. The truth is that for decades, we have seen our defence budget as a gift to our allies because they thought it was important,” Christian Mölling, deputy director at the German Council on Foreign Relations, said.

Chancellor Olaf Scholz believes the gradual transition was “the dramatic consequences of two world wars that originated in Germany.” Without a doubt, one reason Germany might not send its tanks to Ukraine, at least for now, is because of the fear that it could start a Third World War.

Neither Russia, Ukraine, nor the West is interested in a nuclear war. However, there are fears that the war in Ukraine could advance to that point should Russia be provoked beyond its limits. Should Russia decide to attack the Western powers with its nuclear weapons, where will the battle begin? Germany is a good destination because, unlike Britain and France, which have pledged to send tanks to Ukraine, Germany does not have its nuclear deterrent.

Germany is aware of this and would not want to give Russia a reason to strike. The decision to withhold the tanks, at least for now could be for its safety, and the call for the US to send its tanks alongside the German tanks could be an intelligent way of involving another nation should there be retaliation.

Sending tanks amounts to a war between NATO and Russia

Germany, like the rest of the NATO countries, does not want a confrontation with Russia. They fear that should Russia confirm the delivery of such tanks, they could interpret it to mean NATO’s involvement in the war, leading to an escalation of the war.

“If you have main battle tanks on the front line and they are captured…with the German iron cross on it, that is the perfect propaganda material to say look, we’ve always said it’s NATO attacking us,” Wolfgang Schmidt, chief of staff to Olaf Scholz, said.

Other reasons Mr Schmidt gave for Germany’s reluctance was that releasing such tanks could weaken its defence and Russia could spy on its technology should it capture any of the tanks.

Why so much pressure on Germany?

Britain has pledged the donation of about 14 Challenger 2 tanks to Ukraine. Other NATO allies, including France, have done the same. But why is there so much demand for German machines? There are probably two reasons for that. The first is that Germany’s Leopard 2 tanks are more suitable for Ukrainian terrain and are easier to maintain when compared to the US-made M1 Abrams.

The second reason is that there could be up to 2,000 Leopard tanks across 13 European countries. That means Germany has more to offer than any other NATO country. Some of these weapons are in Poland, Denmark, Finland, and a few other NATO countries. While some of these countries have agreed to send them to Ukraine, they will need approval from Germany before they could go ahead with the donations. In the arms sale contracts, Germany had insisted on a right-to-refusal, making it impossible for the nations to do anything without the consent of Berlin.

Although Ukraine has not received the tanks from Germany, it is optimistic that sooner or later, its request would be granted. To begin, the government said countries with Leopard 2 tanks can begin training the Ukrainian army on how they are used, with the hopes that Germany would do the same.

An adviser to President Zelensky, Mykhailo Podolyak, on Saturday, called on Germany to think faster as there is no other option to end the war except to defeat Russia.

“Every day of delay is the death of Ukrainians,” Podolyak wrote. “Think faster.”

He said the indecision of Germany was killing its people and called for the immediate supply of the tanks.

On Saturday, foreign ministers of Latvia, Estonia, and Lithuania, jointly appealed to Berlin to supply the tanks to Ukraine, insisting that Ukrainians might pay for the indecision with their lives.

“This is needed to stop Russian aggression, help Ukraine and restore peace in Europe quickly,” the statement reads. “Germany as the leading European power has a special responsibility in this regard.”