A Russian soldier who was charged with war crimes in Ukraine had pleaded guilty. 21-year-old Vadim Shishimarin was charged in Kyiv for the murder of a man who died in the Eastern region of the Ukraine, days after the Russian president announced the so-called special military operation in Ukraine. The soldier pleaded guilty and admitted the killing of the 62-year-old Ukrainian. Ukrainian authorities have noted that he is cooperating with the investigators.

The widow of the murdered Ukrainian, Kateryna Shelipov said her husband was killed outside the house by the Russian soldiers while he was talking on his phone. This confirms the claim that the man might have been killed because the Russian soldiers see him as a threat. When asked if she could forgive the soldier that killed her husband, the widow said; “I feel worried for him, but for this crime, I can’t forgive. The widow’s pain was visible in her words.

According to Ukrainian authorities, the Russian soldier was fighting to financially support his mother who was back in Russia.

While the Russian government has denied targeting and killing unarmed civilians, it is believed that over 3,000 civilians have been killed in Ukraine by the Russian forces. Ukrainian authority has said it has identified up to 10,000 possible cases of war crimes. Shishimarin’s case was the first of these cases.
Shishimarin’s admission means he could face up to a life sentence. The International Criminal Court has already commenced an investigation into allegations of war crimes in Ukraine, and soldiers like this might be all that is needed to confirm the atrocities that had been committed by the Russian army.

While the action of the Russian soldier must be condemned in its entirety, one might wonder what military experience a 21-year-old soldier has. Shishimarin was a young soldier with very little or no experience. How could he have known that obeying the order mean he will be committing a war crime, and disobeying this particular order was the right thing to do? One cannot tell at the moment how experienced he was, but his age and looks are signs that he might just have been recruited into the army prior to the invasion.
The 21-year-old might get a life sentence when the court finally decides. Other captured Russian soldiers might get similar sentences in the future. No matter the punishment he will receive, millions of Ukrainians will find it difficult to forgive him and the other Russian soldiers that have killed their loved ones.

While Ukraine is pursuing Russian soldiers that killed unarmed civilians, you might wonder if they will ever catch the man who ordered the killings 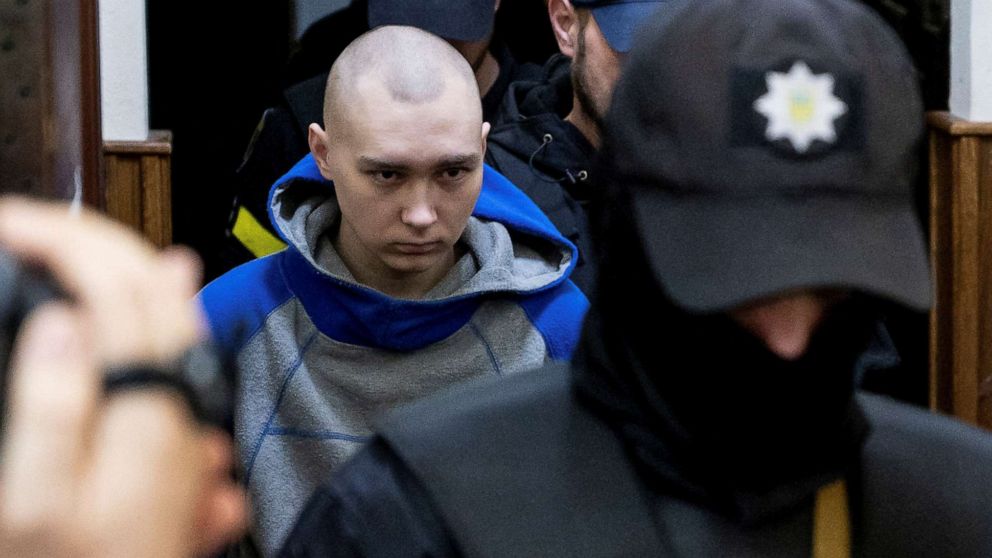