Massacre in Nigeria as terrorists kill worshippers inside church

It was a sorrowful Pentecost Sunday in Nigeria as terrorists invaded St. Francis Catholic Church in Owo, Ondo State, Nigeria, killing at least 50 worshipers. The terrorists arrived at the church premises on Sunday morning with guns and explosives when church service was almost over.

Government and health officials have not disclosed the number of casualties recorded from the attack. However, eyewitnesses said at least 50 people died during the attack, with many more injured. Among those killed during the attack were children and their parents.

According to TheGuardian, an eyewitness said some of the bodies were shattered to pieces.

“It was so grievous that many old people were shattered to pieces by the explosion and bullets that ripped their bodies. I was moved to tears when I saw a little boy that I used to hold his hands to school every morning lying down dead, among many others. What have we done wrong? Is it a crime to go to church to serve our God?” Mr. Kehinde Ogunkorode said in the interview.

The casualties are currently at the Federal Medical Centre, Owo, the city where the deadly shootings took place.

While reacting to the massacre, the Nigerian President, Muhammadu Buhari, cursed the terrorists and promised to mobilize every resource against them.

“No matter what, this country shall never give in to evil and wicked people, and darkness will never overcome light. Nigeria will eventually win,” the President said in a statement released by his media adviser.

The Executive Governor of Ondo State, Mr. Rotimi Akerodolu, in a series of tweets condemned the killings and promised to bring the perpetrators to book. He also condoled with the indigenes of Owo, which is the hometown of the Governor.

“I am deeply saddened by the unprovoked attack and killing of innocent people of Owo, worshiping at the St. Francis Catholic Church, Today,” the governor said on Twitter.

He went ahead to call the killings “a great massacre.” The governor who was at the country’s capital of Abuja at the time of the shootings immediately returned home to visit the scene of the massacre. The emotional governor shed tears when he saw the bloodbath inside the church.

In another tweet on Monday, the governor ordered all flags in the state to fly at half-mast for one week.

“In honor of the victims of the unfortunate attack on worshippers at St. Francis Catholic Church, Owa-luwa Street, Owo, I hereby direct that all flags in Ondo State be flown at half-mast for seven days, starting from today, Monday, June 6, to Sunday, June 12, 2022,” the governor said.

The Christian Association of Nigeria (CAN) also condemned the killing, calling it “Satanic.”

“This is sad, wrong, condemnable, outrageous, unacceptable, and satanic. There is no explanation for this unprovoked attack and assault on a place of worship. This is raw persecution. These people are possessed, and demonic and are not working for the good of the country,” CAN said in a statement released on Sunday.

The religious body also questioned the President’s willingness to fight the rising insecurity and asked the president to take action against the criminals.

Words like unknown gunmen, bandits, and terrorists have become very common in Nigeria. That is as a result of the rising insecurity, especially in the Northern part of the country. Killings and kidnapping for ransom have become a routine in the country.

Last week, the Prelate of the Methodist Church of Nigeria was kidnapped in southeast Nigeria and was released after he paid N100,000,000 ($240,000) to suspected Fulani herders. After his release, the Prelate warned that the herders are on a mission to take over the country.

On March 28, suspected Fulani herders also kidnapped dozens of train passengers along the Kaduna-Abuja rail line. A top government official was released after he paid N100,000,000 ($240,000) to the terrorists. To date, many victims are still in the custody of the kidnappers, and the government appears unbothered. A pregnant woman even gave birth in the hands of her abductors.

Many citizens have criticized how the government is handling the security situation, but the government at the moment seems to be more concerned about the 2023 elections.

Although no group has claimed responsibility for the action, some groups have suggested that the Fulani herders might be responsible for it. These herdsmen are responsible for most kidnappings and killings in the country.

Many Nigerians have taken to social media to express their displeasure at the government, criticizing the President and his party for hosting a meeting with presidential aspirants a few hours after the massacre.

Famous Nigerian musician Asa took to Twitter to say, “We are not angry enough.” Another Twitter user said, “We owe Sunday Igboho a big apology. He was 100% spot on.” Sunday Igboho is from the region of Nigeria where the killings happened. He believed the South-Western part of Nigeria should be an independent nation as that is the only way their safety can be guaranteed.

A popular Presidential Aspirant, Peter Obi, also said on Twitter; “What happened in Owo today again adds to my position that our country is fast becoming a failed state.”

Another Nigerian wrote that he “never thought someday, he will thank God for not going to church.

So far, no arrest has been made in connection with the massacre and there is no official information on the actual number of fatalities.  Hopefully, the government will not fold its hands this time. 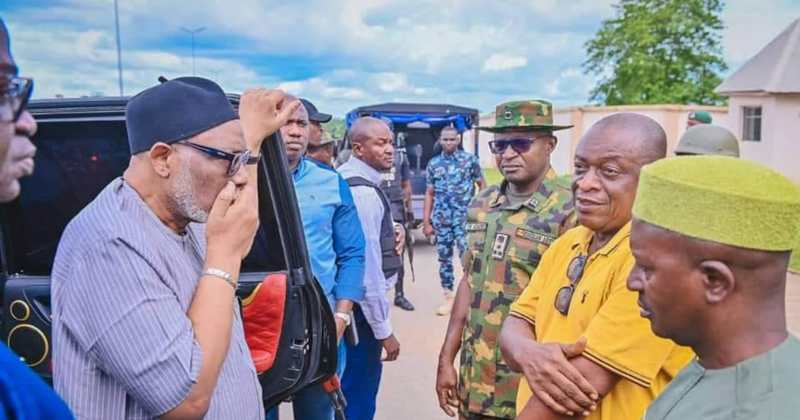 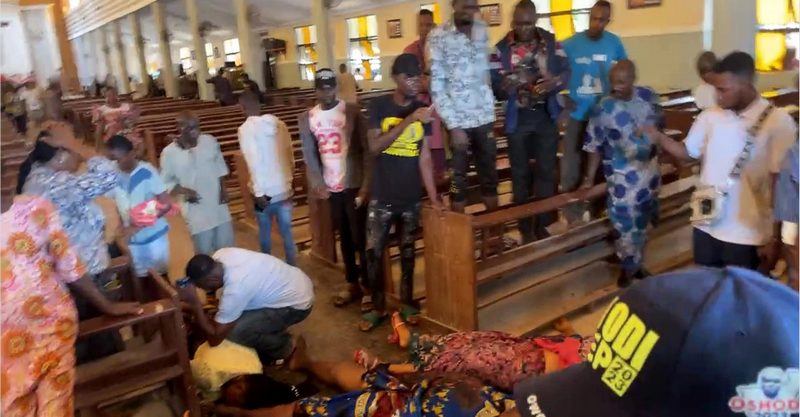