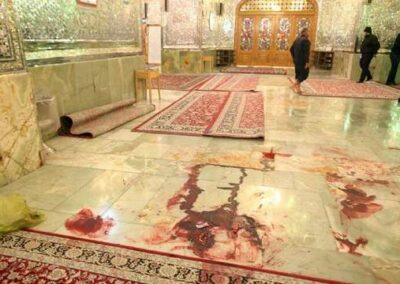 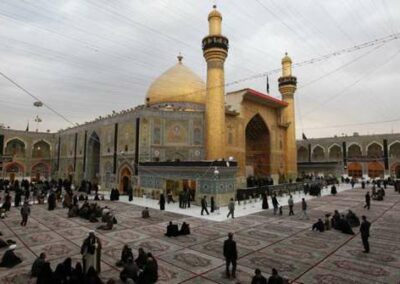 At least 15 people were killed and 40 more were injured as terrorists believed to be foreign nationals attacked the Shahcheragh Shrine in the city of Shiraz, in southern Iran. Iran state media said the incident happened on Wednesday evening, and two children were among those murdered.

The governor of the Fars province told Iranian media that the attack would have been worse if not for a servant that shut the door at the terrorists.
“The terrorist first targeted the servant and guard of the shrine and intended to attack the congregational evening prayers, but one of the servants shut the door on him,” the governor told the state media.

Eyewitnesses said the attackers came unexpectedly at a time when they were getting set for prayers.

“Loud screams were heard in the women’s section of the shrine at the time of adhan [prayer calls] and suddenly an armed man was spotted with a Kalashnikov firing indiscriminately in the compound of the shrine,” an eyewitness told the state-run media.

“After the initial burst of fire, the attacker went near the shrine and fired many rounds at those present at the scene,” the eyewitness added.
Another eyewitness told Aljazeera that they were preparing for prayers when they heard the gunshots.

“We tried to escape from the other side and then I realized I was bleeding,” the witness said. “I could not see who was shooting.”
“It started from the street and then they came towards the shrine and they shot whoever they saw. I saw some injured and killed, but I did not see the attackers,” he added.

This Islamic State has claimed responsibility for Wednesday’s attack that killed at least 13 people.

An IS fighter opened fire on worshippers at the Shah Cheragh shrine in the city of Shiraz, “killing at least 20 Shiites and wounded dozens of others”, the group wrote on its telegram channel.

Even before the group claimed responsibility for the attack, all fingers were already pointed at the dreaded group, as they had conducted similar attacks in the past.

Fouad Izadi, an associate professor at a university in Tehran, said the purpose of the attack was to kill worshipers.

Nour News Agency, which works with Iran’s top security body, confirmed on Wednesday that the suspects were foreigners.

Iranian president, Ebrahim Raisi, has vowed to deal with the attackers, which he described as enemies of Iran. The dreaded leader said the attack was orchestrated by those trying to split the nation’s united ranks.

“This evil will definitely not go unanswered, and the security and law enforcement agencies will teach a lesson to those who designed the attack,” Raisi said.

The attack came as the weeks-long protest intensified on Wednesday, as protesting Iranians mark 40 days since the death of Mahsa Amini, who died on September 16 in the custody of the country’s morality police.

Ebrahim Raisi believes the West was behind the unending protest, and his statement on Wednesday further suggests that he is once again pointing his fingers in the same direction.