On Friday, the President of the European Commission, Ursula von der Leyen, said Ukraine has proven to be a worthy candidate for the European Union.

“In the view of the Commission, Ukraine has clearly demonstrated the country’s aspiration and the country’s determination to live up to European values and standards,” she said.

She said Ukraine will need to do some reforms: “This is of course on the understanding that the country will carry out some further reforms.”

The President of the EU concluded by saying: “We all know that Ukrainians are ready to die for the European perspective. We want them to live with us the European dream.”

Reacting to the development, Ukraine President Volodymyr Zelenskyy commended leaders of the EU for the historic decision.

“I commend the positive EU commission’s Conclusion on Ukraine’s candidate status. It’s the 1st step on the EU membership path that will certainly bring our Victory closer. Grateful to Ursula von der Leyen and each EC member for a historic decision. I expect a positive result fromhttps://twitter.com/hashtag/EUCO?src=hashtag_click European Union Commission next week,” Zelenskyy tweeted.

The president also said he is aware that this is only the first step. But he promised to make the necessary transformations to become a full member of the bloc.

“We understand that the path to the European Union is really a path and it is not one step. But this path must begin, and we are ready to work so that our state is transformed into a full member of the European Union, and Ukrainians have already earned the right to embark on this path,” he said.

He also said on Twitter that: “Ukraine will carry on with the course of pro-European reforms.”

A CANDIDACY GRANTED BECAUSE OF RUSSIA

In an interview with BFMTV, President Emmanuel Macron of France said Ukraine’s candidacy will be granted because of the invasion of Russia.

“Ukraine normally should not be a candidate. We’re doing it because of the war and because we think it’s good,” Macron said during the interview.

He added that “It is a sign of hope, it is a message for Ukraine to say that they are in the European family.” He also stressed that joining the EU is a long process.

President Putin seems unconcerned with the Ukrainian EU candidacy. According to the Russian leader, the EU is not like NATO, and there is no need to be bothered.

“The EU is not a military-political bloc, unlike NATO, therefore we have always said and I have always said that our position here is consistent, understandable, we have nothing against it,” Putin said at the St. Petersburg International Economic Forum.

“It is the sovereign decision of any country to join or not to join economic associations, and it is up to this economic association to accept new states as its members or not. As far as it is expedient for the EU, let the EU countries themselves decide. Whether it will be for the benefit or to the detriment of Ukraine is also their business,” Putin added.

While Putin is concerned about Ukraine joining NATO, he is not bothered with the country joining the EU because it is not a military bloc. That means that Europe will not join the fight against Russia directly even if Ukraine becomes a member.

WHAT EU CANDIDACY MEANS FOR UKRAINE

There is a big difference between becoming a candidate for the EU and being a member. The candidacy means Ukraine is going to undergo a series of reforms before it can become a member. The average years of becoming an EU member is approximately five years. The country will prove within this duration that it has a stable democracy, respect human rights, and become more transparent.

President Zelenskyy has promised to make all the reforms needed to become a permanent member. One of those changes is the acceptance of the Euro as the official currency of Ukraine, alongside other changes to fit into the bloc. Importantly, EU candidacy and membership will mean further cooperation, but it is not a guarantee of a military alliance to help defend Ukraine. 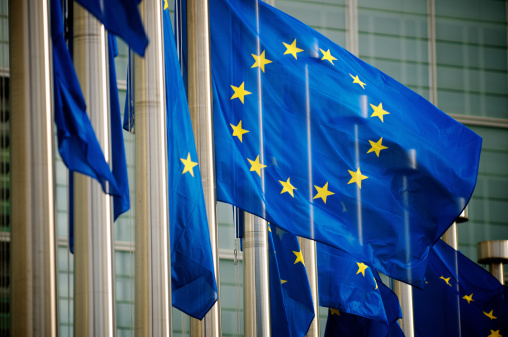