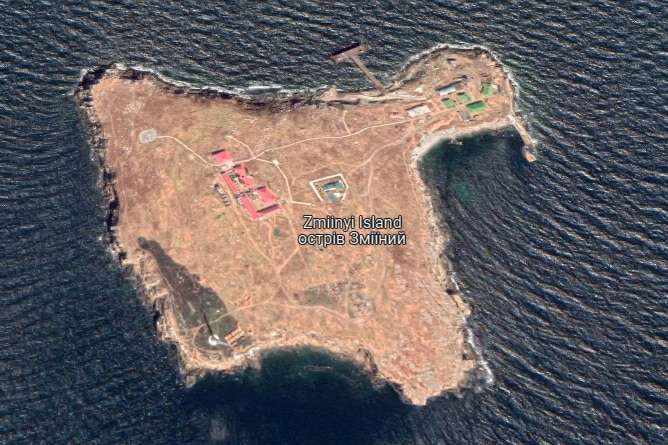 One of the first places to be captured by the Russian army in Ukraine was the snake Island. The island is in the Ukrainian territory inside the Black Sea. The Russians seized the island on February 24, the day of the invasion.

In a surprising move, the Russian army announced its withdrawal from the Snake Island for reasons best known to them. However, the government has claimed it left the Island on humanitarian grounds. In a statement released by the Russian government, it said the action was a goodwill gesture.

“On June 30, as a gesture of goodwill, the Russian armed forces completed their tasks on Snake Island and withdrew a garrison stationed there,” the statement said.

The statement added that the withdrawal from the island shows that Russia is not preventing the shipment of agricultural products to other countries.

“Russia is not impeding UN efforts to organize a humanitarian corridor to ship agricultural products from Ukraine,” the statement added.

The Russian version of the story said its military had completed its task on the island. Contrary to the Russians, the Ukrainian Military has its side of the story.

UKRAINE’S VERSION OF THE STORY

While the Russian version of the story is a voluntary withdrawal, Ukrainian authorities have said its military operations in the area were responsible for Russia’s departure. The comments of Valeriy Zahuzhny, the commander-in-chief of the Ukrainian army, suggested that it was his soldiers that liberated the region.

“I thank the defenders of the Odesa region who took maximum measures to liberate a strategically important part of our territory,” Valeriy Zaluzhny said on Telegram.

The Chief of Staff to President Volodymyr Zelensky also hinted that his country’s soldiers were responsible for Russia’s departure from the island.

“KABOOM! No Russian troops on the Snake Island anymore. Our Armed Forces did a great job,”  Andriy Yermak wrote on Twitter.

Experts have suggested that the Russian soldiers might have left because of the difficulty in defending the Island. For now, it is the most logical reason for Russia’s withdrawal.

Jack Watling, a military expert in London, said remaining on the Island would have caused multiple casualties.

“Trying to retain positions on a small and barren piece of land in range of heavy artillery and without the means to suppress that artillery is a recipe to steadily accumulate casualties,” Jack Watling said.

Oleg Zhdanov, a military expert based in Ukraine, said Russia had no point staying on Snake Island because its military could only do very little from there.

“We practically destroyed all the equipment on the island. The garrison’s presence had simply become pointless. What could rank and file soldiers with automatic weapons do on the island? Nothing. There isn’t even fresh water there,” Oleg Zhdanov said.

The location of the island makes it prone to attack from every direction. Both Ukrainians and Russians have described the Island as a “sitting duck.” Maybe the Island made the Russians defenseless.

END TO THE GRAIN CRISES?

Although the exit of the Russian army from the Snake Island sounds like an end to the grain crisis, it might be far from it. A withdrawal from the Island does not mean a departure from the Black sea. The Russian forces are readily present in the area, making it difficult for Ukraine to export its grain through the Black sea.

“This will not unblock the export of grain. Russia retains shooting control over this area of the waters. One option is that the United Nations forms a humanitarian convoy, then maybe there would be a chance to get these ships out with grain from our ports for export,” Zhdanov said.

Although the West has blamed Russia for the food crisis in the world, Russia has blamed it on western sanctions. To prove this point, Russia might continue its dominance in the Black sea to scare away any attempt to export grains. Ukrainian grains might have to stay a little longer in warehouses.

A withdrawal from the snake Island does not mean the war has ended. But hopefully, someday, Russia will withdraw from Ukraine as a “goodwill gesture.”