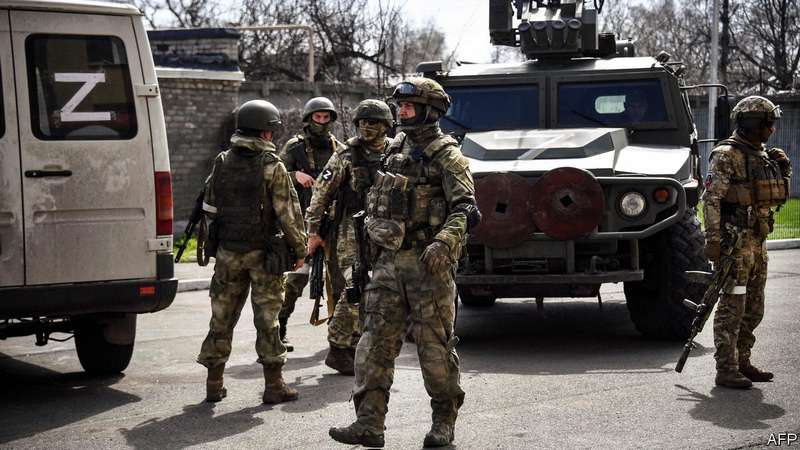 It was another defeat for Ukraine on Sunday, as its forces surrendered Lysychansk to the Russian military. In a statement released by the army general staff, he said the Ukrainian soldiers had retreated from the town.

“After heavy fighting for Lysychansk, the defense forces of Ukraine were forced to withdraw from their occupied positions and lines,” the army general said. “The continuation of the defense of the city would lead to fatal consequences. In order to preserve the lives of Ukrainian defenders, a decision was made to withdraw.”

Lysychansk was the last Ukrainian stronghold in the Luhansk province, and there were predictions that the city might fall in a few days.

Earlier today, President Volodymyr Zelensky said the Russian and Ukrainian military were still battling for the town. In the company of Anthony Albanese, at a news conference, he said, “Lysychansk is still being fought for.”

Lysychansk is a town located in the self-proclaimed Luhansk People’s Republic (LPR). Although they are Ukrainians, some residents of the region side with Russia and see Ukraine as an oppressor.

In a video shared by the Russian soldiers after capturing the town, some residents were seen rejoicing and standing side by side with the Russian forces. The soldiers were also seen installing a flag of the old Soviet Union in the town.

“Today is the day we have accomplished what we all have been striving to for eight long years. Today our troops, with the support of the Russian armed forces, liberated the town of Lysychansk, thus completing the liberation of the Republic within its historical borders,” Pasechnik said.

The successes recorded by Russia is proof that the Ukrainian forces do not have what it takes to fight their Russian counterpart. One Ukrainian soldier told journalists that even experienced soldiers could not withstand the Russians because of their numerous trucks compared to the few Ukrainian trucks.

A Facebook post by the Ukrainian military also showed that the Russian superior gunpower is the major challenge facing the Ukrainian forces.

“We continue the fight. Unfortunately, steel will and patriotism are not enough for success. Material and technical resources are needed,” that post read.

In another tweet by a member of parliament, Inna Sovsun, she said despite the braveness of the military men and women, Ukrainian soldiers do not have enough to fight the Russian army.

“Ukrainian forces left Lysychansk. Though sad, this was to be expected. No matter how brave and committed our military men and women are, this is not enough to fight against Russian artillery! That’s why we have been asking to arm Ukraine now,” she said.

She added that despite the various promises to support the country militarily, most countries have failed to fulfill their vows.

“And yes, many countries promised military help. Yet, very little has arrived… The lend-lease has not really delivered what was promised…What is there to wait for? She tweeted,” the lawmaker tweeted.

While Ukraine appears to be winning the narrative war, Russia could be winning the actual war. The fall of Lysychansk is one of the many Ukrainian territories under the control of the Russians. On Saturday night, President Zelensky said about 2,600 Ukrainian villages and towns are under Russian control.

The next move for the Russian troops is possibly Siversk, west of Lysychansk. After that, they could turn to Sloviansk and Bakhmut. The end of the war is no doubt invisible.