Do not play with fire: president xi tells Joe Biden 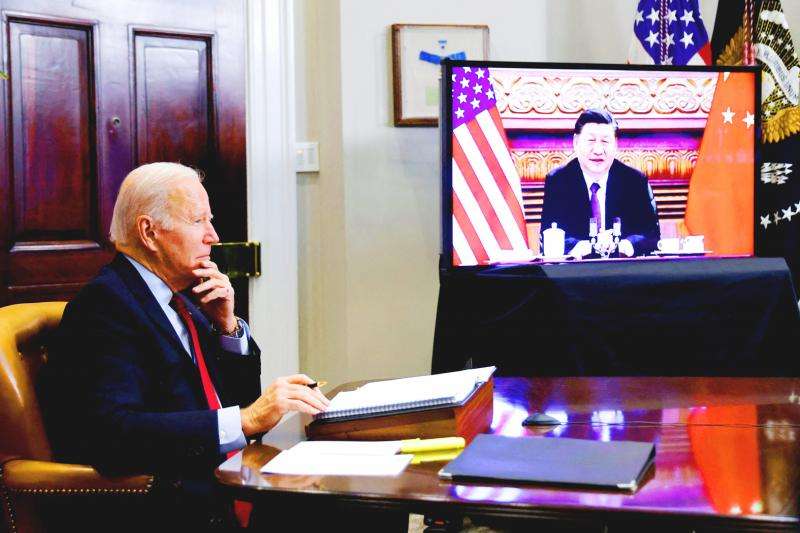 President Joe Biden of the United States and his Chinese counterpart, President Xi Jinping, had once again held a lengthy phone call to discuss issues affecting the two nations. The call took place on Thursday between the two leaders.  Many are now wondering what was discussed at the meeting, as the Chinese version of the conversation is not exactly the same as that of the U.S.

According to the White House, the purpose of the call was to maintain and deepen the relationship with China.

“The call was a part of the Biden Administration’s efforts to maintain and deepen lines of communication between the United States and the PRC and responsibly manage our differences and work together where our interests align,” the White House said on Thursday.

Meanwhile, one issue that was on top of the conversation was that of Taiwan. Speaker Nancy Pelosi earlier suggested that she would visit the self-governing Island. This move has caused a lot of controversies, and as expected, the two leaders discussed it.

According to China’s State News agency, the Chinese leader warned president Biden about any attempt of the United States to violate the one country two systems operated by China and Taiwan.

“Public opinion shall not be violated, and if you play with fire you get burned. I hope the US side can see this clearly,” President Xi told Biden, according to China’s state news agency.

Chinese State media reported that President Xi told Biden during the call that the U.S should not deviate from the “one-China principle” and added that China does not support the independence of Taiwan and the interferences from other countries.

President Xi reportedly stressed that they needed to maintain communication on the global market chain, communication and microeconomic policies, and the safeguarding of global food and energy.

The last time the two leaders had a similar discussion was in March, when President Biden reportedly warned China of dire consequences if it provides material support for Russia.

Speaker of the House, Nancy Pelosi, had planned a visit to Taipei in August, but she received warnings about the consequences from the U.S military and the Chinese military. President Biden said the U.S military discouraged the visit for security reasons and the timing.

For the Chinese military, it warned that if the U.S does something funny, the PLA would immediately swing into action.

“If the US insists on taking its own course, the Chinese military will never sit idly by, and it will definitely take strong actions to thwart any external force’s interference and separatist’s schemes for ‘Taiwan independence,’ and resolutely defend national sovereignty and territorial integrity,” Ministry of Defense Spokesperson Tan Kefei said Tuesday when responding to questions regarding the visit of Pelosi.

Nancy Pelosi has refused to elaborate on her visit to the Island, possibly for security reasons. There are indications that the Pentagon is making preparations for the visit and the speaker is ready to lead the delegation to Taipei.

According to a Pentagon official, they are aware of the threats and that the speaker and her team will need to be vigilant during the trip.

“And so I think we have to be vigilant, you know, throughout, even as we’re operating in that region. But in terms of what specific security requirements that we would be called upon to provide in support of Speaker Pelosi, I won’t comment on that,” he said.

During the call that lasted for over 2 hours, the two leaders also talked about the ongoing war in Russia. They also discussed the dwindling economies of the two countries.