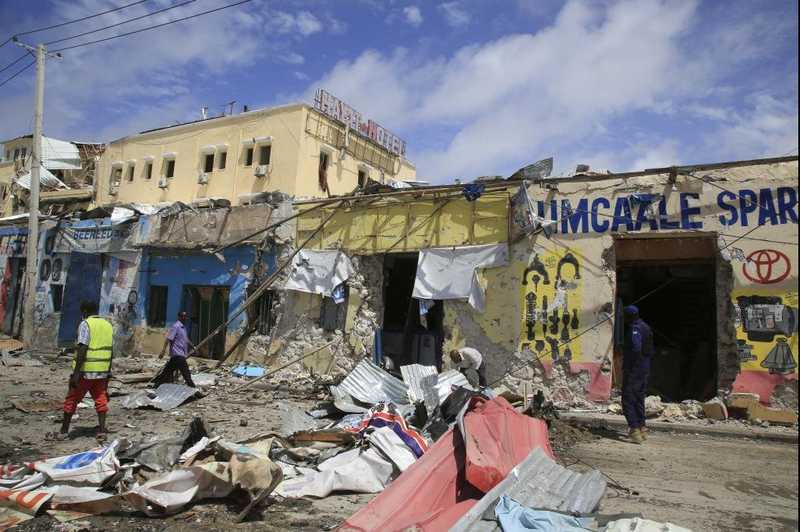 ​After several hours of a movie-like occupation of a hotel in Somalia, the siege has finally come to an end, with casualties numbering over 20. On Friday, al-Shabab, a terrorist group linked with al-Qaeda, took control of the Hayat hotel in the country’s capital of Mogadishu, preventing those inside from coming out, and killing those attempting to escape.

The country’s security forces soon began operation after the terrorists occupied the hotel but were careful not to rain bullets because of the fear of civilian casualties. After a 30-hour fight, security operatives have confirmed the end of the operations.

“I would like to inform all Somalis that the operation at the hotel was concluded at midnight,” police Commander Abdi Hassan Mohammed Hijra told journalists at the front of the besieged hotel on Sunday. “It is shocking that innocent people lost their lives here… The security forces were engaged in rescuing the people one by one and in groups.”

Hassan added that three of the terrorists were shot dead during the gun battle before the siege ended. Another attacker was also shot dead on Sunday close to the scene of the incident when trying to join the civilian population.

Although Hassan said the number of casualties is still unknown, Health Minister Ali Haji told national broadcaster SNTV that after a count, 21 people were confirmed dead, adding that 117 others were injured.

Another Police captain Ahmed told reporters that among those killed were ten security personnel.

Aden Ali, a survivor, told Reuters that he was at the hotel drinking a cup of tea when the terrorists arrived, and he tried running to the compound’s wall after he heard the first blast. He ran towards the compound wall with others as the militants fired at them.

“We were many on the run, over a dozen. When I went out of the hotel, I could see eight of us. Maybe the rest died in the shooting,” Ali said.

“Another group of people in the hotel fled to an upper floor, where they were killed by the militants who first blew up the stairs to prevent escape,” Ali continued. “Security forces managed to free some of those who locked themselves in their rooms on the upper floors after several hours.”

“It has been terrible, really terrifying living next door to the gunfire, the explosions. It was one of the most horrible things I have ever seen in Mogadishu,” a former deputy director of Somalia’s national intelligence agency, Abdisalam Guled, told the BBC.

Police officials said over 100 victims were freed alive, including women and children. However, the police said it is still conducting further investigations on what truly transpired.

“We are still investigating the explosions of many plastic bags that have been scattered around the hotel,” said Mohamed Ali, a military officer at the scene.

On Saturday, the United States, in a statement, condemned the attack on the Hotel in Mogadishu.

“We express our heartfelt condolences to the families who lost loved ones, wish a full recovery to those injured, and commend Somalia’s security forces,” spokesperson Ned Price said in a statement.

“The United States remains steadfast in our support of Somali and African Union-led efforts to counter terrorism and build a secure and prosperous future for the people of Somalia,” the statement added.