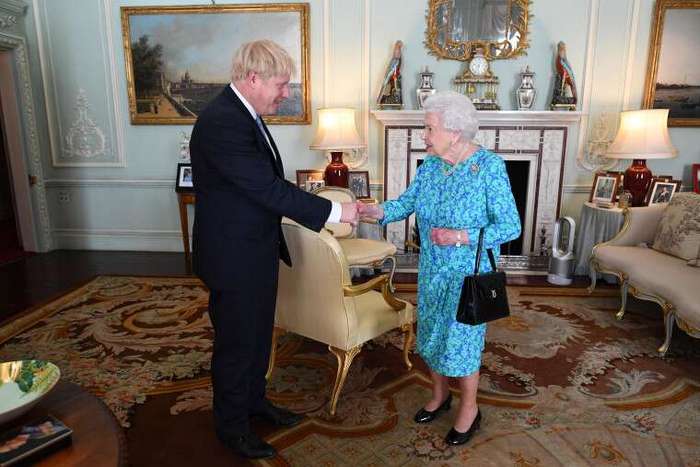 ​For the first time in 70 years, Queen Elizabeth will not be appointing the new Prime Minister at Buckingham Palace in London. The ceremonial event known as “hand kissing” will be held at the Queen’s castle at Balmoral, Scotland, where she is staying.

According to a spokesperson to Buckingham palace, the decision was made so that the Prime Minister’s appointment would not fail to happen on the scheduled date as the Queen is battling with mobility issues. Unless there is an alternative arrangement at the last minute, the outgoing Prime Minister and the incoming Prime Minister will travel to Scotland for the ceremony.

“The Queen will receive Prime Minister Boris Johnson on Tuesday 6th September at Balmoral. This will be shortly followed by an audience with the new prime minister,” the spokesperson to the monarch said.

Meanwhile, if there is a last-minute change in plans, the Queen will travel the 1000-mile trip from Scotland to the palace in London to perform the appointment. She is currently spending her routine summer break at the 50,000-acre estate in Balmoral, Scotland.

‘The Queen Doing Less and Less’

Recently, the Queen has delegated most of her roles to her son and Prince of Wales, Prince Charles, and her grandson, Prince William. Without being told, the Queen is realistically relinquishing her roles one after the other as her time on the throne might not be so long.

Craig Prescott, an expert in constitutional law at Bangor University in Wales, believes the Queen’s inability to carry out her duties as in time past was a significant change.

“It’s a very significant change because if the Queen was able to travel, she would,” Prescott stated. “It’s an indication of her mobility problems, and another step on that journey we’re going on, with the queen doing less and less.”

As Head of State, one of the Queen’s major responsibilities is the ceremonial appointment of the Prime Minister. Other important political activities of the Monarch are the State Opening of Parliament and the signing of parliamentary bills into law.

Heir to the throne, Prince Charles and his son William represented the Monarch at the opening of Parliament in May. It was the first time in 59 years that the Queen was not at the event. The palace also cited episodic mobility issues of the Queen for her absence.

Without a doubt, the Queen is aging gracefully, and her inability to participate fully in the many activities this year, including her 70th-anniversary celebration, shows that it was time to slow down. On her arrival at the Balmoral Castle earlier this month, the traditional guard of honor was held privately against the custom of performing the ceremony at the gate of the castle.

This time, the 96-year-old monarch will not be represented by anyone at the ceremonial appointment, but whoever becomes the new prime minister will have to travel about 1000 miles for the Queen to kiss his or her hand.

Who Becomes the Prime Minister?

Although arrangements are being made on how the new Prime Minister will be appointed, who becomes the head of the political affairs of the country remains unknown.

Current Prime Minister Boris Johnson was forced to announce his resignation last month after dozens of his ministers resigned from the government.

Former finance Minister Rishi Sunak and foreign secretary Liz Truss are currently the only contestants left in the race, and the 200,000 Conservative party members are now voting for who becomes the next prime minister. Polls show that Liz Truss is the clear favorite in the race. The results will be announced on Monday, which means one of the two candidates will become Prime Minister.

Once the new Prime Minister is determined, Mr. Johnson will tender his resignation to the Queen at her residence. Once Mr. Johnson leaves, the incoming prime minister will arrive in a motorcade. The Queen then gives the nod to form a government. Although the monarch does not have real political power, this is one of the privileged rights still enjoyed by her.

Whoever becomes prime minister on Monday will become the 15th prime minister since Elizabeth II’s accession to the throne and the only one among the 15 to be appointed outside the traditional Buckingham Palace.