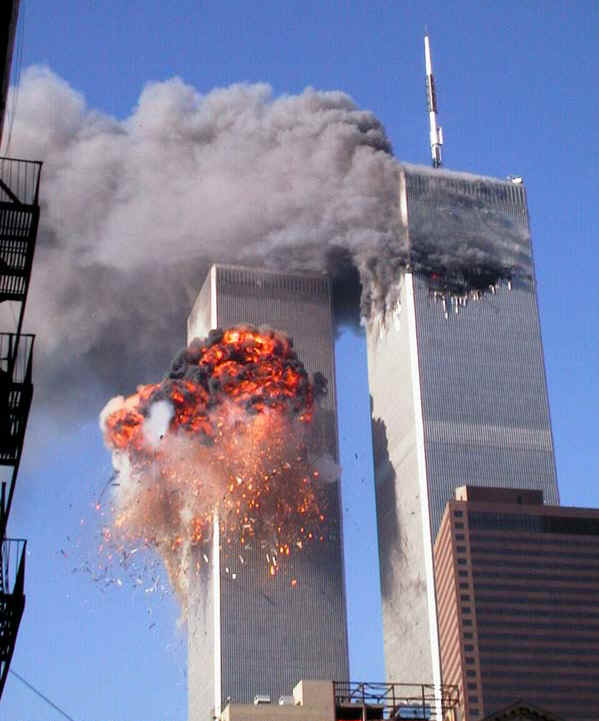 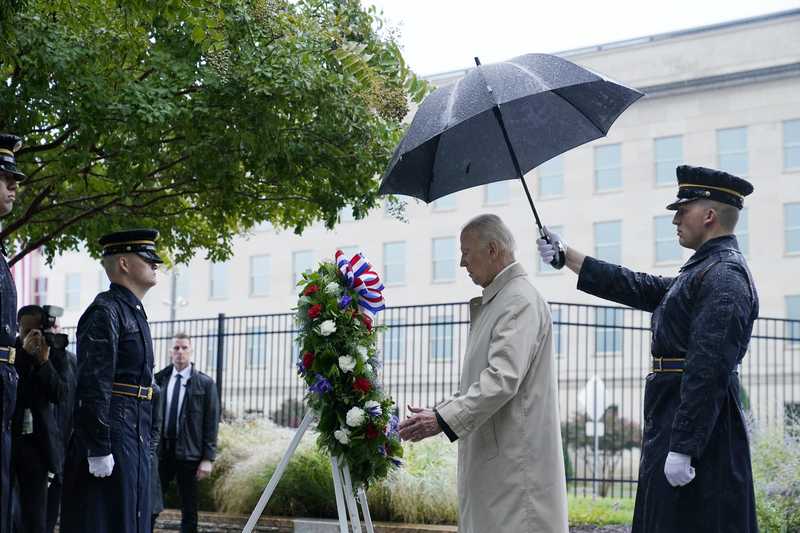 ​September 11 will not pass without Americans gathering to commemorate the anniversary of the deadliest terrorist attack in man’s history. On September 11, 2001, terrorists hijacked four American planes, with the first two hitting the world trade center, located in New York City.

On Sunday, Americans, especially New Yorkers, gathered at the National September 11 Memorial and Museum in Lower Manhattan to mark the 21st anniversary of the deadly attacks. Relatives of the deceased, police officers, firefighters, and other well-wishers watched as names of those who died in the attack were read aloud for hours, as has been the custom for the past 20 years.

The bells rang, and moments of silence were observed six times, including at 8:46 am and 9:03 am, the exact times the two towers were hit.

Despite the rains, US President Joe Biden joined the commemoration at the Pentagon, where the hijackers crashed one of the planes into the US Department of Defense headquarters. The 79-year-old approached the wreath of flowers and placed his hand on his chest in honour of the victims of the attack.

“Twenty-one years ago — twenty-one years, and still we kept our promise: Never Forget.  We’ll keep the memory of all those precious lives stolen from us: 2,977 at Ground Zero in New York; in Shanksville, where my wife is speaking now in Pennsylvania; 184 of them here at the Pentagon,” President Biden said in his speech.

“And I know, for all those of you who lost someone, 21 years is both a lifetime and no time at all,” Biden continued. “It’s good to remember.  These memories help us heal, but they can also open up the hurt and take us back to that moment when the grief was so raw.”

Biden consoled the families of victims with the now famous quote of the late British Monarch, Elizabeth II.

“Grief is the price we pay for love,” he said. “ Many of us have experienced that grief, and you’ve all experienced it. And on this day, when the price feels so great, Jill and I are holding all of you close to our hearts.”

President Biden was a senator of the United States when the deadly attacks happened.

In the early hours of September 11, 2001, four commercial planes were hijacked by terrorists, later confirmed to be members of Al-Qaeda. The first of the four planes, a Boeing 767 aircraft, left Logan Airport at about 8:00 am for Los Angeles with 76 passengers and 11 crew members. The hijackers crashed the plane into the North Tower of the World Trade Center at about 8.45 am.

After the crash, eyewitnesses thought an accident had happened. Most of them called emergency numbers for help, but a little more than 15 minutes later, what happened helped to confirm that what had happened was not an accident but an attack on the United States. The South Tower of the World Trade Center was hit by yet another plane. It was another Boeing 767 aircraft carrying 51 passengers, excluding the five hijackers.

As the world trade center was burning down, another aircraft was on its way from Washington Dulles International Airport to Los Angeles. With 59 people on board, including crew members, the five hijackers crashed the Boeing 757 aircraft in the Pentagon, in Virginia, at about 9.37 a.m.

The last of the four planes, another Boeing 757 aircraft, departed the Newark International Airport that same morning en route to San Francisco. It was carrying 40 people, which included seven crew members, excluding the four hijackers. Knowing that the aircraft had been hijacked, the passengers attempted to overpower the hijackers. It crashed into a field in Stonycreek Township, Pennsylvania, near Shanksville.

Describing the passengers that fought with the hijackers, President Biden on Sunday said they sacrificed themselves in place of innocent Americans.

“We learned about the extraordinary courage and resolve, as I said, of the passengers on board Flight 93, who understood that they were living the open, they were there in the middle of the open shot of a new war, and who chose to fight back — not professionals, fight back, sacrificing themselves, refusing to let their plane be used as a weapon against even more innocents,” Biden said.

The plane was believed to be headed for the White House, but suspected masterminders of the attack said its final destination was the Capitol.

The 9/11 attacks killed 2,996 people and injured more than 6,000 others,  making it the worse terrorist attack in history. There were no survivors in all four planes. A total of 265 passengers, crew members, and terrorists died in them. 2,606 others died in the World Trade Centre and its surrounding. 125 others died at the Pentagon.

Those that died included 343 firefighters, 55 military personnel, 72 law enforcement agents, and 19 hijackers. The attacks killed citizens of over 90 countries, including 67 British citizens.

The Role of Osama Bin Laden

Soon after the well-planned attacks, all fingers started pointing at the Al-Qaeda leader Osama Bin Laden. Five days after the attack, on September 16, 2001, he denied any involvement.

“I stress that I have not carried out this act, which appears to have been carried out by individuals with their own motivation,” Osama Bin Laden said in a statement published by Al Jazeera.

Three months later, the dreaded terrorist released another video statement that signifies his admission of what has become the worse terrorist attack the world has witnessed.

“It has become clear that the West in general and America, in particular, have an unspeakable hatred for Islam,” Bin Laden said.

“Terrorism against America deserves to be praised because it was a response to injustice, aimed at forcing America to stop its support for Israel, which kills our people,” he added.

“If the economy is hit they will become preoccupied,” he stated.

In the lengthy statement, Bin Laden did not directly acknowledge the attacks, but in 2004, another statement he released was the long-awaited confirmation of his involvement, saying the attack was carried out because they wanted freedom for their people.

“As you undermine our security, we undermine yours,” he said.

In 2011, under Barrack Obama, the US Army successfully killed Osama Bin Laden after spending years on the FBI’s list as the most wanted man.

“It took ten years to hunt down and kill Osama bin Laden, but we did.  And this summer, I authorized a successful strike on Zawahiri, the man who bin Laden — was his deputy on 9/11 and was the leader of al Qaeda,” Biden said on Sunday.

Recall that last month US Army killed Zawahiri, who took over from Bin Laden as leader of Al-Qaeda.

In a bid to prevent another attack, the US army spent the next 20 years following the 9/11 attack in Afghanistan and its neighboring countries in what it described as a “war against terror” before Biden withdrew the troops last year, sending the country back to the leadership of the Taliban.

“And 20 years after Afghanistan is over but our commitment to preventing another attack on the United States is without end,” Biden said on Sunday.