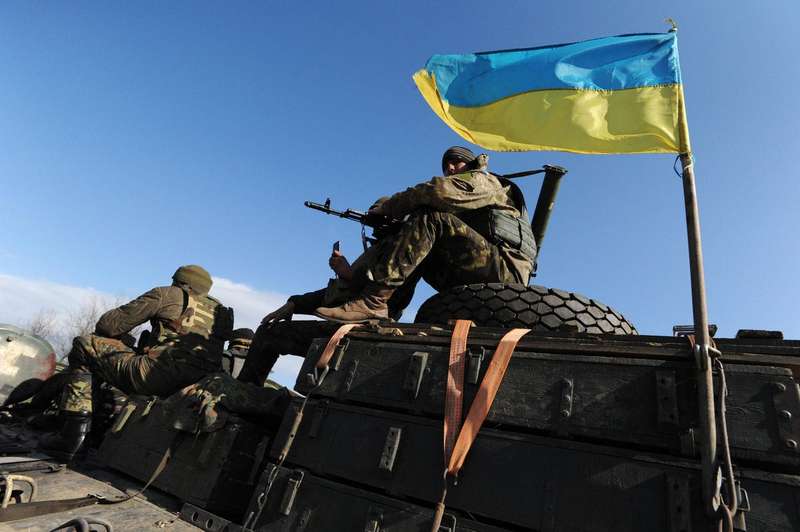 The Russian army has confirmed the withdrawal of its troops from Kherson. The move came barely two days after the commander of the special military operation, Gen Surovekin, announced the formation of a new defence line at the Dnipro River.

While confirming the withdrawal, the Russian ministry of defence wrote on its official Telegram channel that “the move of Russian military units to the left bank of the Dnieper River was completed at 0500 [Moscow time] this morning.”

“Not a single piece of military equipment or weaponry was left behind on the right bank. All Russian servicemen have moved to the left bank of the Dnieper,” the statement added.

Videos shared on social media showed the Russian forces withdrawing from the city and Ukrainian flags flying high at the centre of the city.

Soon after the Russian troops left Kherson, the Ukrainian forces entered the city easily and cautiously. Kyiv could not rule out the possibility that the enemy had a hidden agenda.

Soon after Russia said its soldiers had withdrawn from Kherson, the Ukrainian ministry of defence announced that the city is now under the control of Kyiv.

The statement said, as expected, the Russian army would leave some of the soldiers behind to the mercy of fate and these men would change to civilian clothes and attempt to escape from the city.

“Obviously, you won’t be able to,” the statement continued.

The Ukrainian ministry said the only way the Russians would remain alive would be by surrendering voluntarily.

“In case of voluntary surrender, Ukraine guarantees you the preservation of life and safety. We comply with the Geneva Conventions, guarantee prisoners of war food, medical care and the possibility of your exchange for servicemen of the Ukrainian  Armed Forces held captive in the Russian Federation,” the statement said.

President Zelensky also called on the remaining Russian soldiers, if any, to surrender immediately, as it would be impossible for them to hide within the city.

“We guarantee that you will be treated in accordance with the law and international standards. And to those Russian military who disguised themselves in civilian clothes and are hiding somewhere, I want to say that you cannot hide. We will find you anyway. Do not delay,” Zelensky said on Friday.

The method of withdrawal by the Russian forces has raised concerns about the sincerity of the move. Most people feel it is one of those war tactics, and some soldiers might be on the ground to implement a secret Russian agenda. The announcement by the Ukrainian army could be a message to any of such military men left in Kherson.

Seven bridges down in Kherson

The last 24 hours have been for the destruction of bridges around the Dnipro River and other strategic links between the Russian defence line and the position of the Ukrainian army.

Satellite images obtained from Maxar Technologies showed at least seven bridges likely destroyed by the departing Russian troops. Four of them crossed the Dnipro River in Southern Ukraine. A railroad and a vehicle bridge that crosses a dam at Nova Kakhovka were also destroyed.

Although strikes from the Russian troops had hit some of the bridges in the past months, the most recent destructions cannot be attributed to them. However, the destruction, coming at a time when the Russian military forces were retreating from Kherson, makes Russia the most likely perpetrator.

Withdrawal, not an embarrassment to Putin and Russia

The decision to withdraw from Kherson was difficult for Russia as it portrays the once stronger side as the weaker of the two sides. Secondly, according to Russian law, Kherson is part of the Federation. The withdrawal means Russia left its territories in the hands of the Ukrainians. These factors are supposed to make the recent developments embarrassing to Putin and his countrymen, supporting the war in Ukraine.

However, the spokesperson of the Kremlin, Dmitry Peskov, said the region remains a part of Ukraine and nothing could change that.

“This is a subject of the Russian Federation. It has been legally fixed and defined. There can be no changes here,” Peskov told journalists on Friday, adding that Putin was not humiliated by the move.

Do not return to Kherson now, Ukraine tells citizens

Although Kherson is now under the control of the Ukrainian forces, the regional administrator thinks it is too early for citizens to return. He urged the people to hold on a little as it was still uncertain what the Russian forces would do.

Yaroslav Yanushevych, the head of Kherson’s regional administration, said: “I understand that everyone is homesick and are eager to return home as soon as possible. I am asking you to wait a little. It’s too dangerous here now.”

“There is a high probability that the enemy will shell the newly de-occupied settlements. Beyond that, the area should be examined by explosive experts. Unfortunately, there are already many civilian casualties caused by explosive devices,” he added.

Although Russia claimed it took all its properties at the time of departure, pictures posted by Ukrainian officials showed armour vehicles left behind by the departing forces.

Ukrainian officials said they are working to ensure that life returns to the region after many months under the control of the Russian Federation. Vitalii Kim, the regional head of Mykolaiv Friday, said efforts are ongoing to ensure everything returns to normal.

“We are already working on providing the liberated communities with electricity and communication and restoring the TV signal. Tomorrow we expect to replenish warehouses with humanitarian aid for the population,” Mykolaiv’s leader, Vitalii Kim, said.

“Even though the relevant services have already started in the liberated territories, I warn residents to be careful,” Kim added.